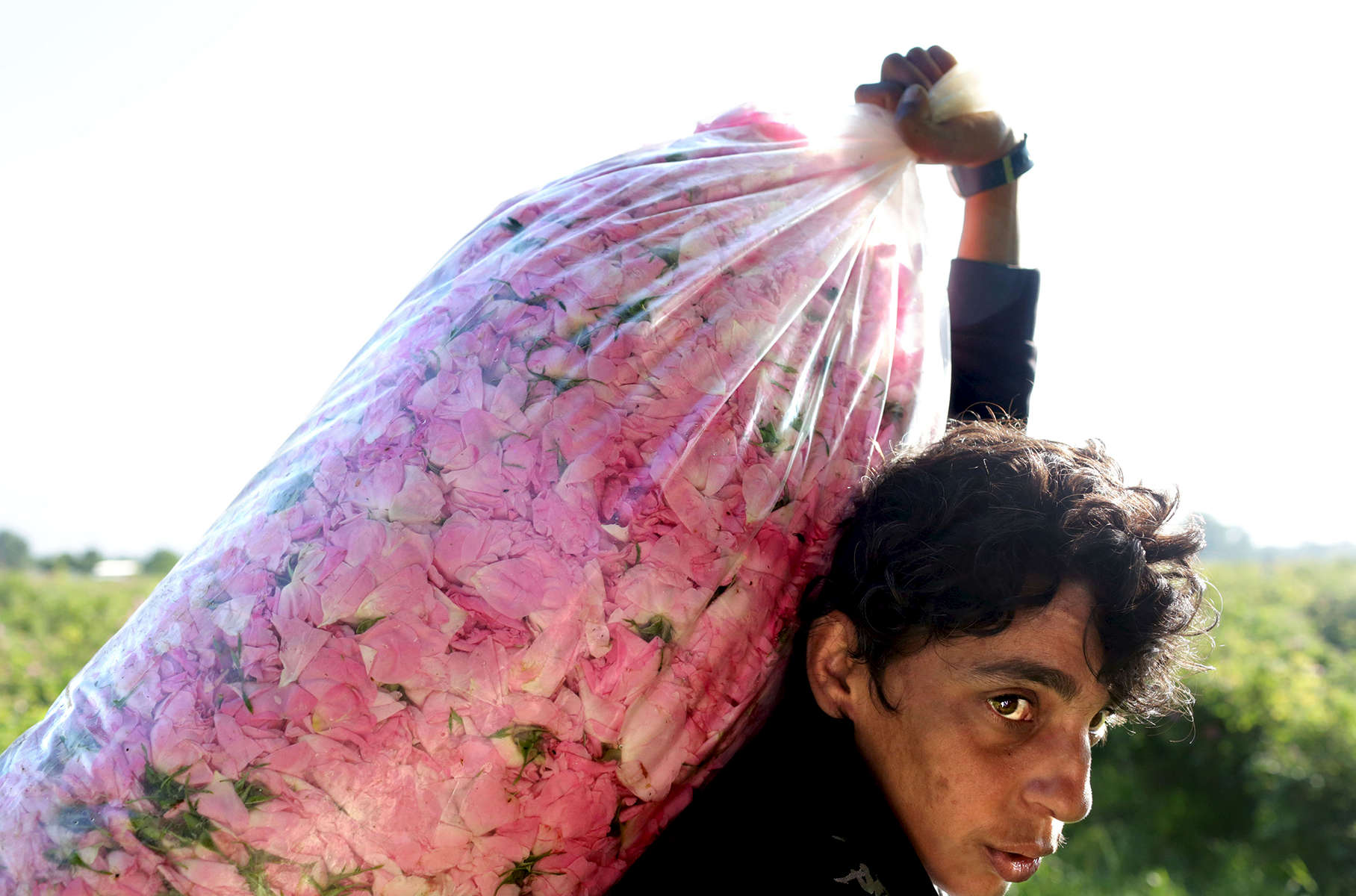 Stefka Todorova, 35, carries roses to be weighed in the rose garden of married couple Tihomir Tachev, 38, and Aleksandrina Aleksandrova, 38, in Buzovgrad, Bulgaria on May 23, 2018. This year, the two joined rose producers across Bulgaria's Rose Valley, dumping out entire bags of flowers on Bulgaria’s highways in protest against the low purchase prices by distilleries that process them into rose oil, the price of which has stayed relatively high. Rose flower prices, however, have fallen from 3 to 5 BGN leva (about $1.80 to $3 USD) per kilogram in previous seasons, to about 2-2.5 leva BGN (about $1.20-$1.50 USD) per kilogram this year - half of which rose producers say they use to pay their rose-pickers, and much of the rest for costs related to cultivating roses.

Distilleries describe an over-saturated market, with more rose gardens popping up each year, which means some distilleries reject what surpasses their capacity. Through the farmers’ whisper networks runs a suspicion that distilleries have instead colluded to lower the purchase price of roses. Many say they'd like the government to regulate the entire chain between producers and processors - and even, set a contractual minimum purchase price. There is indeed a special rose subsidy in the works that the Minister of Agriculture, Rumen Porozhanov, plans to propose to the European Commission as early as next year.

But a market economy, which is what Bulgaria’s has been for nearly 30 years since the fall of Communism in 1989, is ruled not by the government but instead by supply and demand. Tihomir Tonchev, from the communications department of The Ministry of Agriculture, Food and Forestry, says it’s simple math: the yield from rose gardens increased because the number of harvested gardens did as well, drastically dropping their product’s purchase value.

Tachev says, "There's beauty in Bulgaria, there's nature, but there is no country to back you up. It's only during elections that politicians care