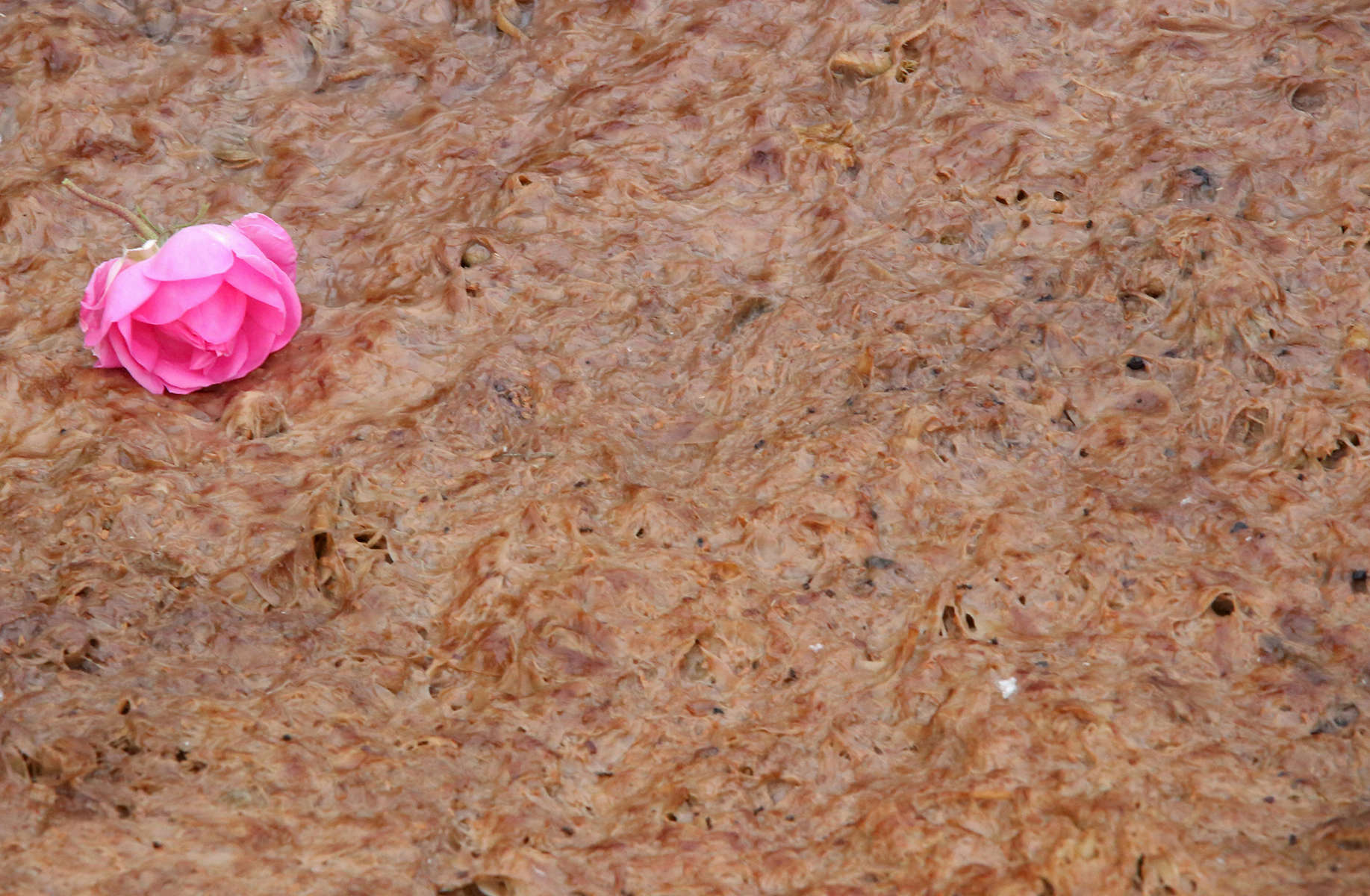 The output of rose petals from distillation at Lema distillery in Kazanlak, Bulgaria, seen on May 24, 2018, is used to fertilize its rose gardens. Each of Lema's caldrons has a 5 ton capacity, and it takes 3 to 5 tonnes of roses to produce just 1 kg of rose oil. Lema, a family-owned rose plantation and production facility of over 40 years, produces mainly rose oil, rose water, lavender oil, and souvenirs. The distillery borders Arsenal (not seen,) Bulgaria's oldest weapons-maker (privatized after the fall of the Soviet Union in 1989.) Arsenal employs around 10,000 people, and has its own kindergarten and hospital on the grounds.