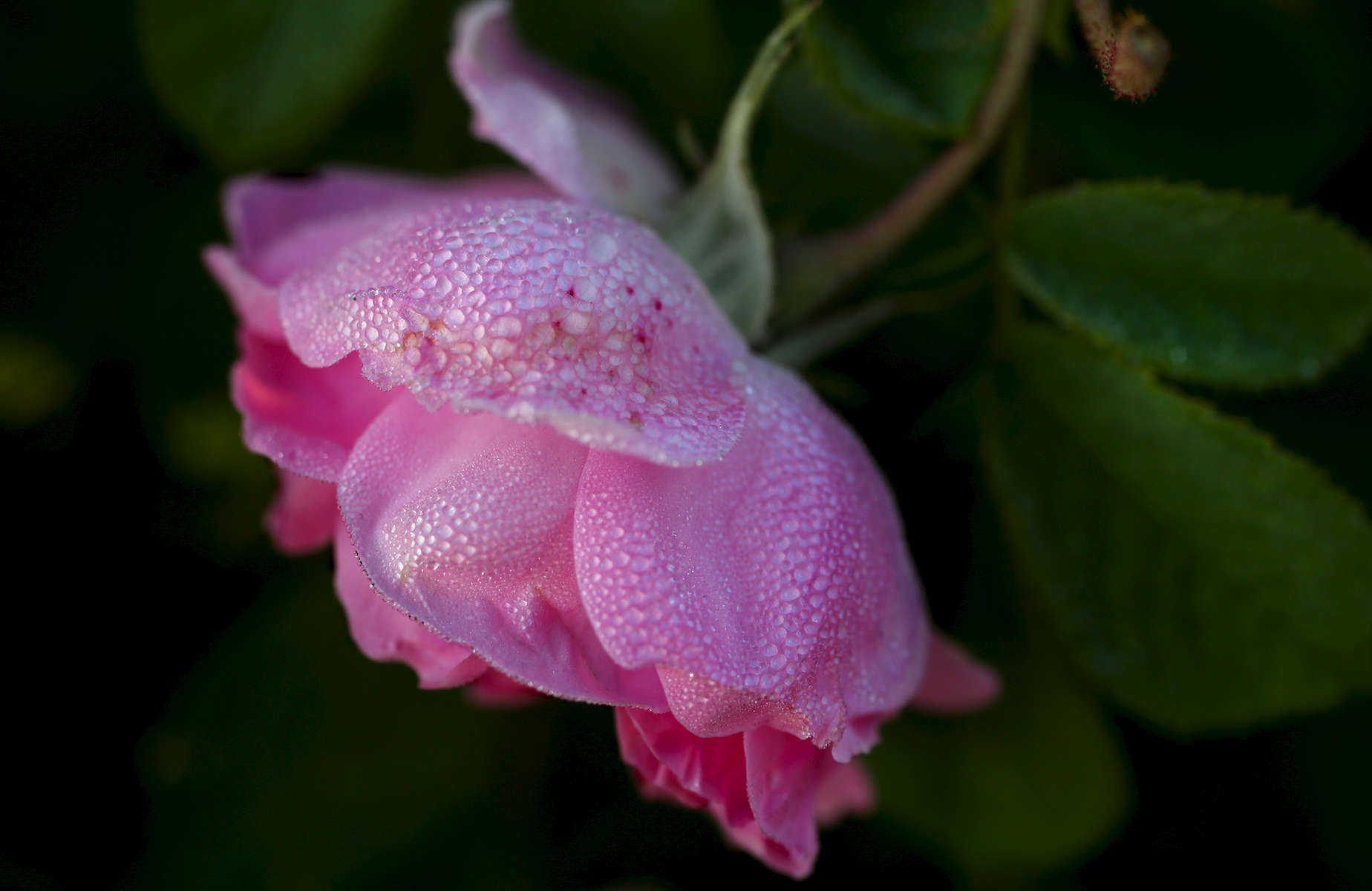 Roses, in the rose garden of married couple Tihomir Tachev, 38, and Aleksandrina Aleksandrova, 38, in Buzovgrad, Bulgaria on May 23, 2018. This year, the two joined rose producers across Bulgaria's Rose Valley in protest against the low purchase prices of rose flowers. Roses, in rose gardens in Maglizh, Bulgaria, on May 25, 2018.

One of many accounts traces Rosa Damascena‚Äôs origins to Damask, Syria‚Äôs capital (hence, some say, the name); another, to Iran; and Bulgaria‚Äôs local rose population, to a Turkish merchant in the XVII century. Rosa Damascena no longer grows in the wild on its own - it must be cultivated - and it is said to be a hybrid of 2-3 rose species: Rosa Gallica, Rosa Moschata, with pollen from Rosa Fedtschenkoana. Three to five tons (or 3,000 - 5,000 kg) of rose petals are needed to make just 1 kg of rose oil, hence its nickname, ‚Äúliquid gold‚Äù (whereas, 1 kg of rose petals makes 1 kg of rose water.)

The rose flower is very sensitive, and its oil resides in the top layers of the flower, so it evaporates easily with rising temperatures. Cold dew drops in the morning hinder the evaporation of oil, the moist air