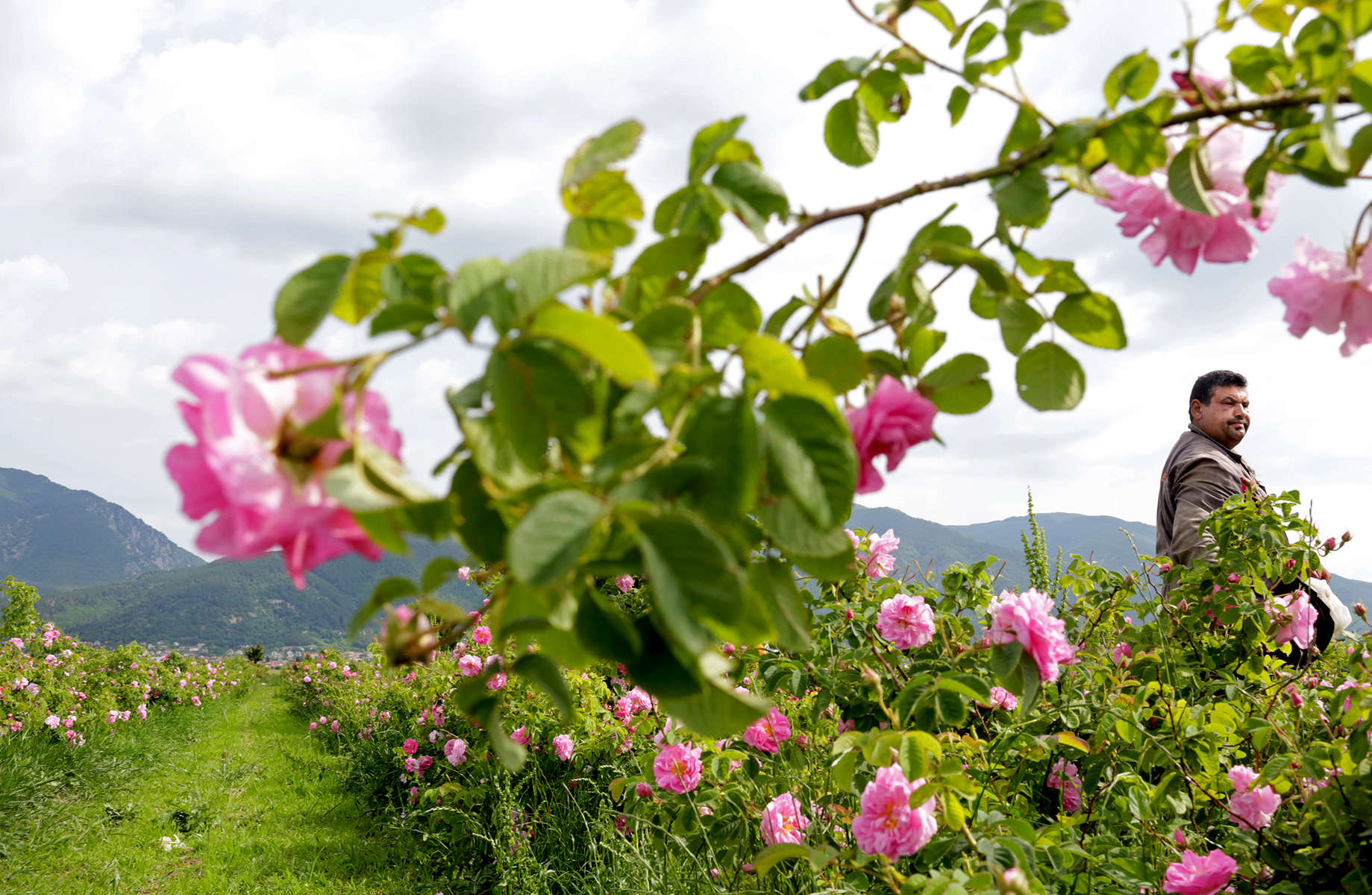 One of many accounts traces Rosa Damascena‚Äö√Ñ√¥s origins to Damask, Syria‚Äö√Ñ√¥s capital (hence, some say, the name); another, to Iran; and Bulgaria‚Äö√Ñ√¥s local rose population, to a Turkish merchant in the XVII century. Rosa Damascena no longer grows in the wild on its own - it must be cultivated - and it is said to be a hybrid of 2-3 rose species: Rosa Gallica, Rosa Moschata, with pollen from Rosa Fedtschenkoana. Three to five tons (or 3,000 - 5,000 kg) of rose petals are needed to make just 1 kg of rose oil, hence its nickname, ‚Äö√Ñ√∫liquid gold‚Äö√Ñ√π (whereas, 1 kg of rose petals makes 1 kg of rose water.)

The rose flower is very sensitive, and its oil resides in the top layers of the flower, so it evaporates easily with rising temperatures. Cold dew drops in the morning hinder the evaporation of oil, the moist air preserving both the plant‚Äö√Ñ√¥s moisture, turgor and oil content, which is why farmers usually pick the flowers between sunrise and 11:00 a.m.