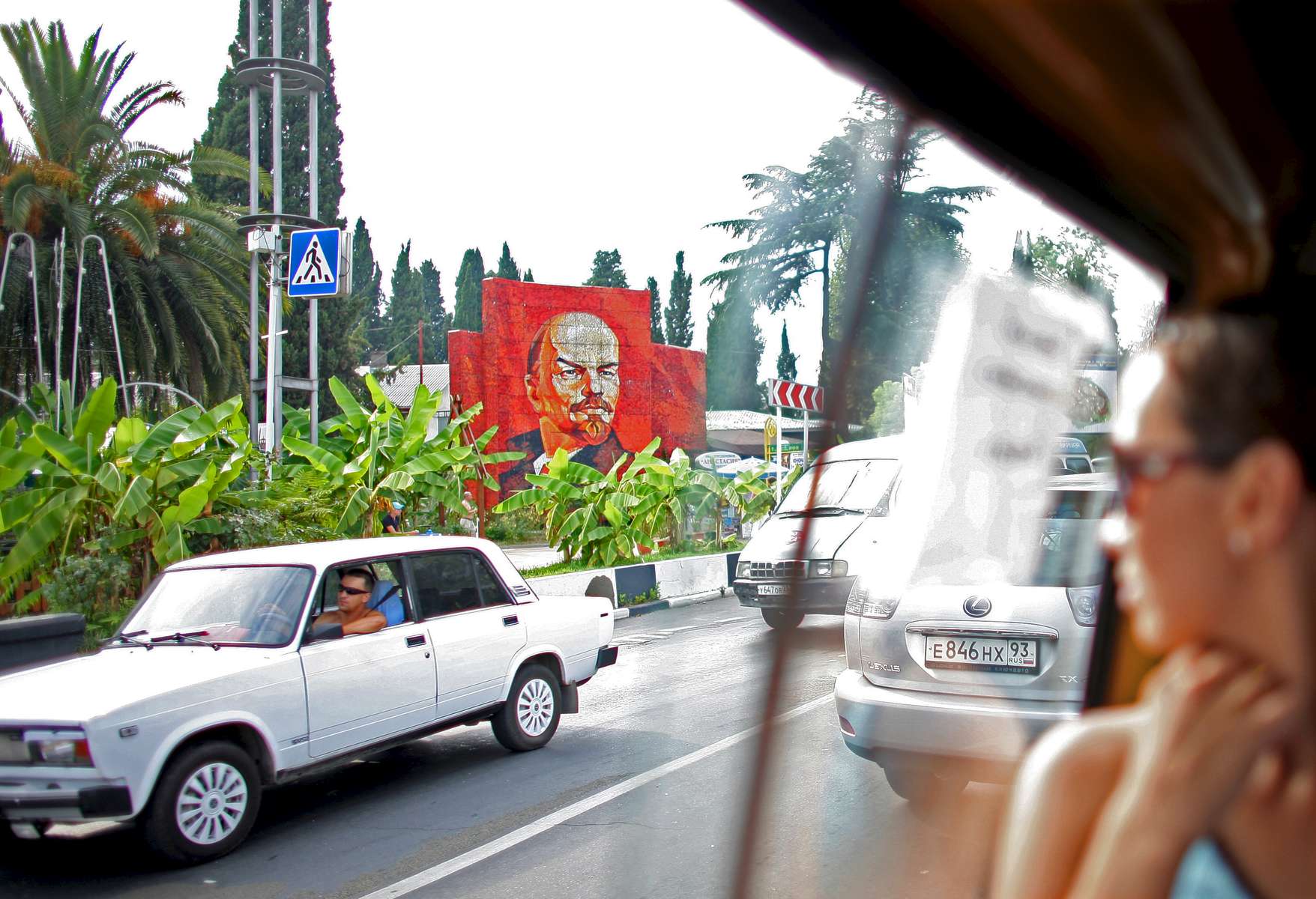 Investors have flooded the Russian beach town of Sochi since its award as the 2014 Winter Olympics location in an effort to create a Mediterranean-style resort. Here, a bus rider glances at a mural of the Russian communist politician Vladimir Lenin on Tuesday, August 12, 2008.

As the mountainous Black Sea resort Sochi, Russia, prepares for the Winter Olympic games scheduled there for 2014, it emerges as a place replete with contradictions -- glitzy clubs and impoverished street vendors, progress and repression, Westernization and former Eastern bloc ideologies.