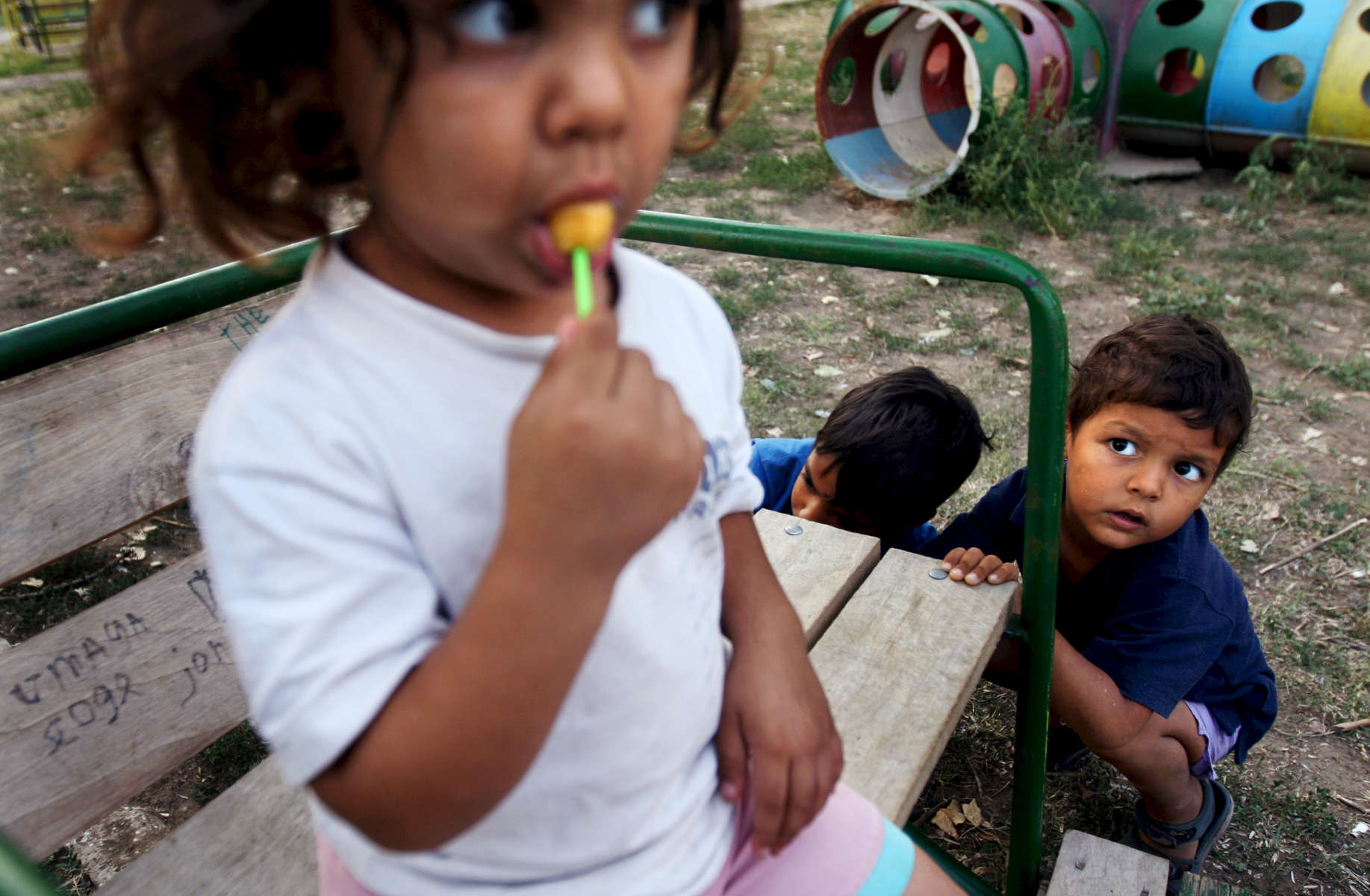 A little girl sucks a lollipop under the hungry gaze of a little friend at the Dom Maika i Dete (Home for Mother and Child) adoption home in Vidin, Bulgaria on August 31, 2008.