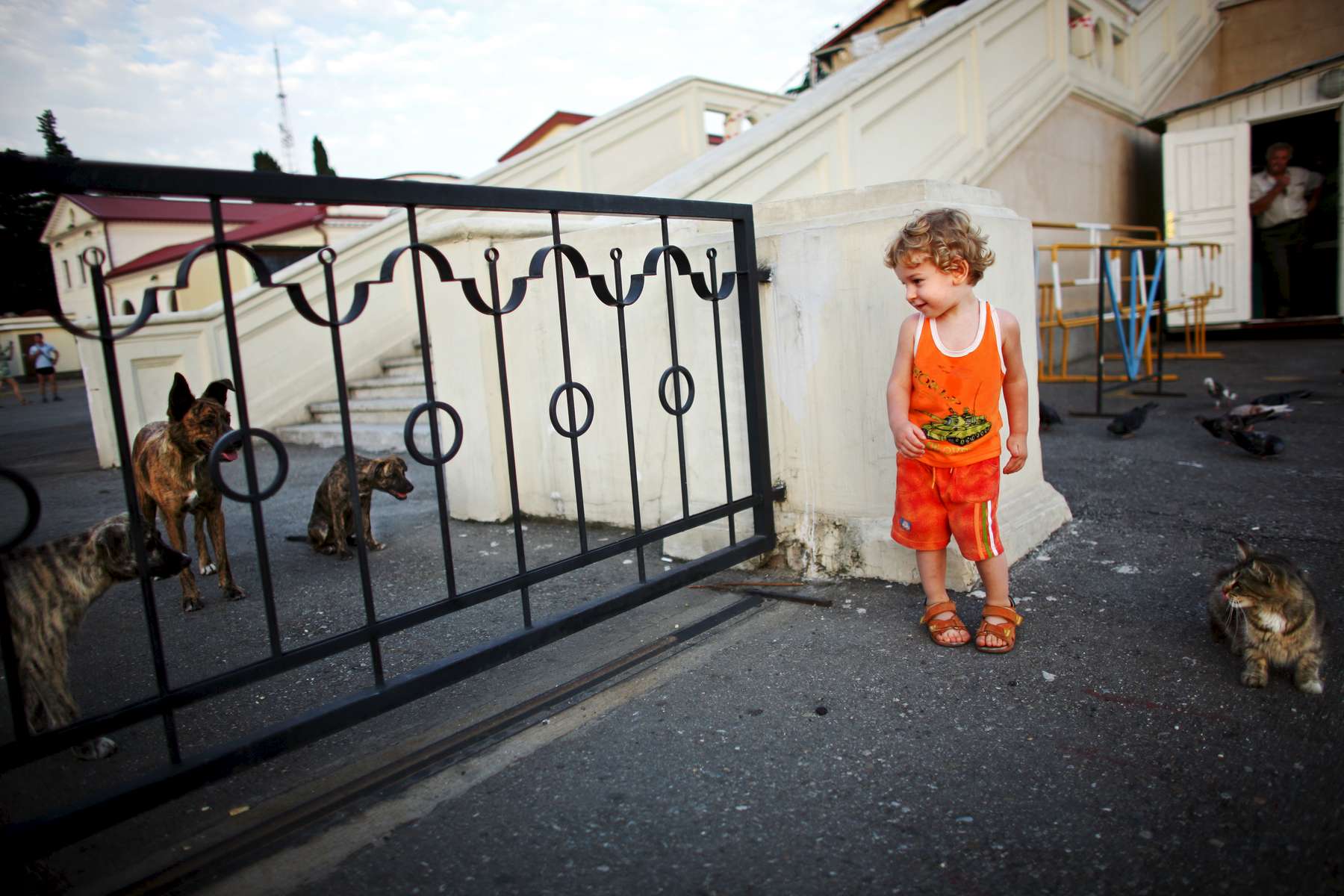 A little boy stares down a pack of homeless dogs at the Black Sea resort Sochi, Russia on Wednesday, August 13, 2008. The government has pledged to invest $12 billion to transform the Soviet-era resort town into a Mediterranean-style retreat. As the mountainous Black Sea resort Sochi, Russia, prepares for the Winter Olympic games scheduled there for 2014, it emerges as a place replete with contradictions -- glitzy clubs and impoverished street vendors, progress and repression, Westernization and former Eastern bloc ideologies.