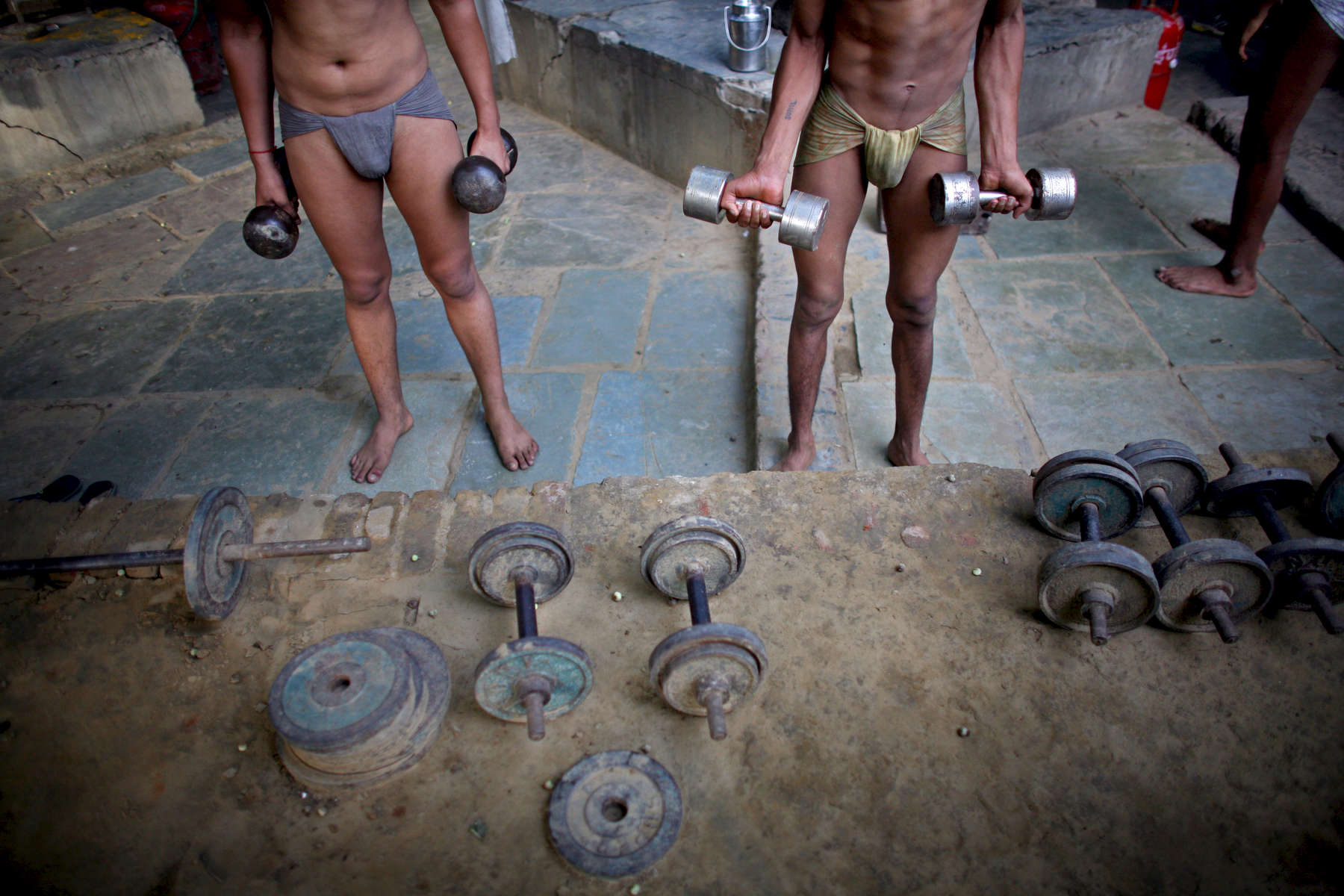 Indian men practice traditional Kushti wrestling on Monday, June 01, 2009 in New Delhi, India. Kushti, India's indigenous form of wrestling, has gone from a royal national sport to a dying art in Asia over the past century. Those who still practice it meet the lengthy hours of its daily regimen with unrelenting devotion — rope, aerobic and weight exercises; culturing the soil on which they wrestle; a diet comprised of non-spicy, self-made food; and celibacy. And so, in traditional earthen pits wrestlers still apply the physical and mental intensity that has driven their ancestors for three thousand years. But a 2004 decision by the Indian Fighters Federation from the capital of Delhi, prohibiting fighting on red soil and ordering fight clubs to use mattresses instead, exacerbated Kushti's diminishing role in Indian tradition. The order was in part an effort to gather more Olympic medals -- the first by Khashaba Dadasaheb Jadhav, a bronze in 1952, and most recently, also a bronze at the 2008 Beijing Olympics, by Sushil Kumar.