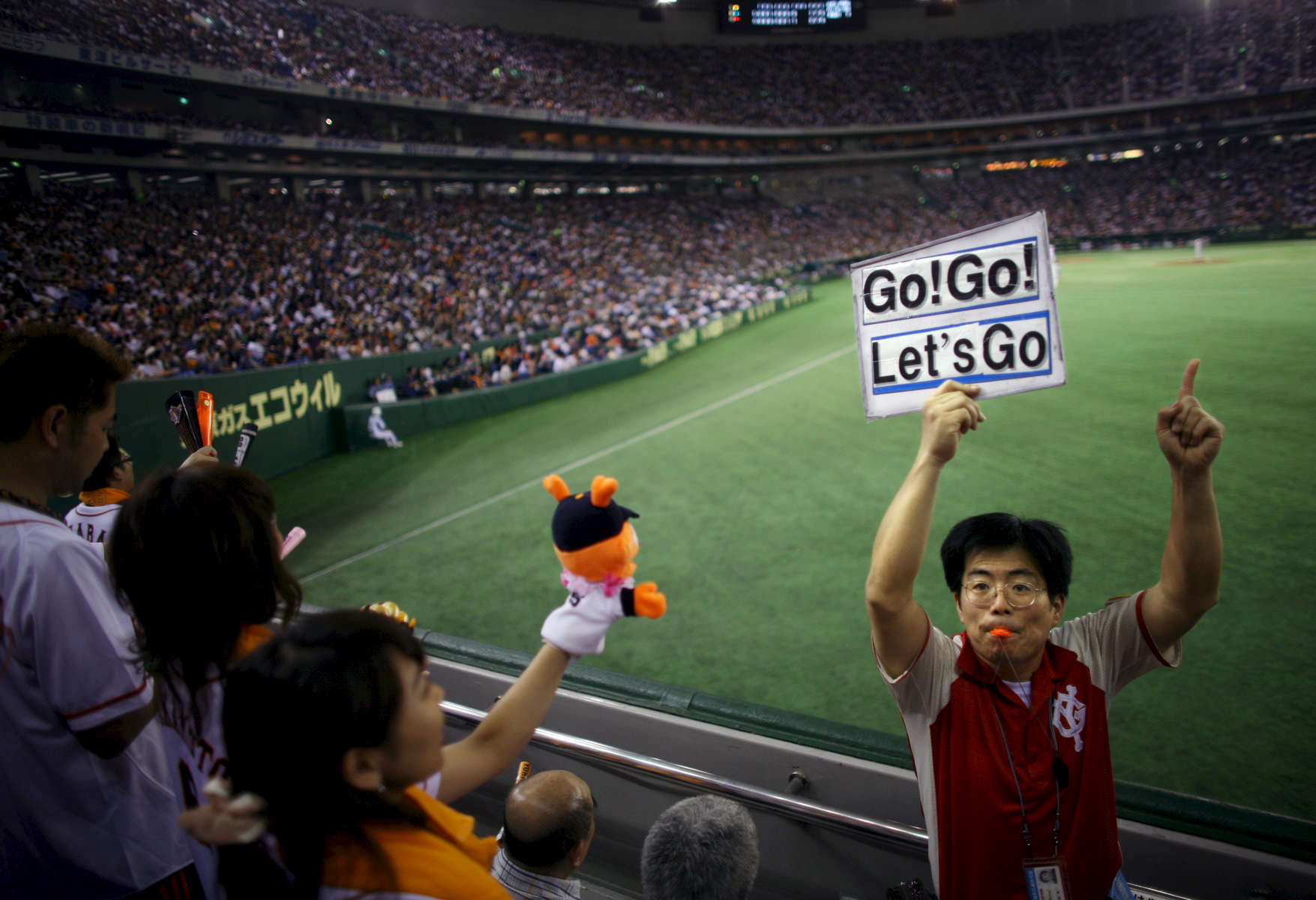 A cheerleader guides sports fans into a cheer as they watch a baseball game at Tokyo Dome in Tokyo, Japan, on Wednesday, June 17, 2009, where the home team, the Yomiuri Giants, played and won against the Seibu Lions. Japan's futuristic ballparks feature bento boxes and noodles alongside hot dogs, young girls selling beer poured from kegs strapped on their backs, and cheerleaders who direct the massive crowds when to start -- and stop -- singing team songs in perfect unison.