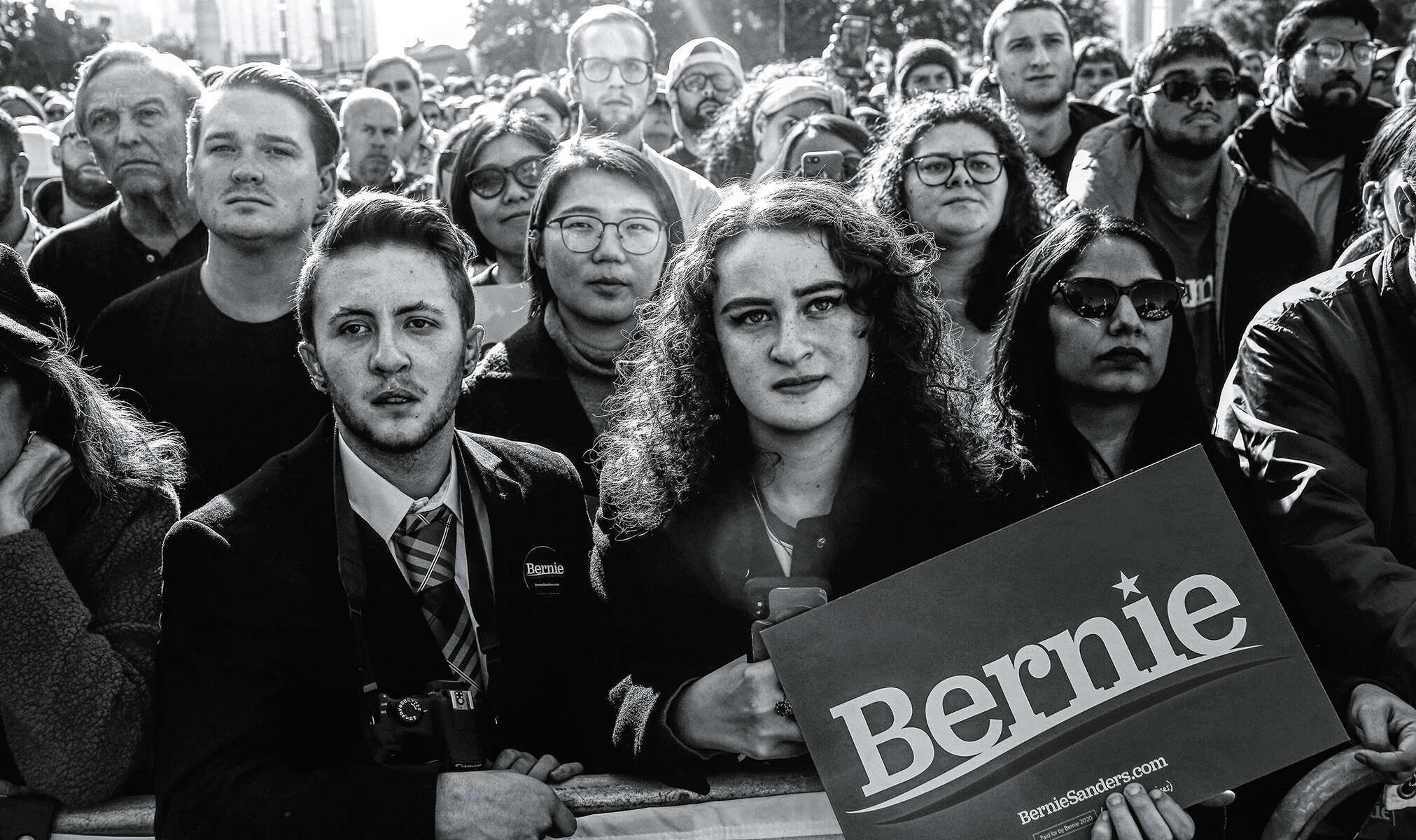 An audience at a "Bernie's Back" rally listens to U.S. Rep. Alexandria Ocasio-Cortez (D-NY) introduce Democratic U.S. presidential candidate and U.S. Senator Bernie Sanders (I-VT) during a "Bernie's Back" rally at Queensbridge Park in Queens, NY, on October 19, 2019. The rally, at which Representative Alexandria Ocasio-Cortez (D-NY) endorsed Sanders, drew over 20,000 participants and took place shortly after Sanders was hospitalized for a heart attack at the start of the month.