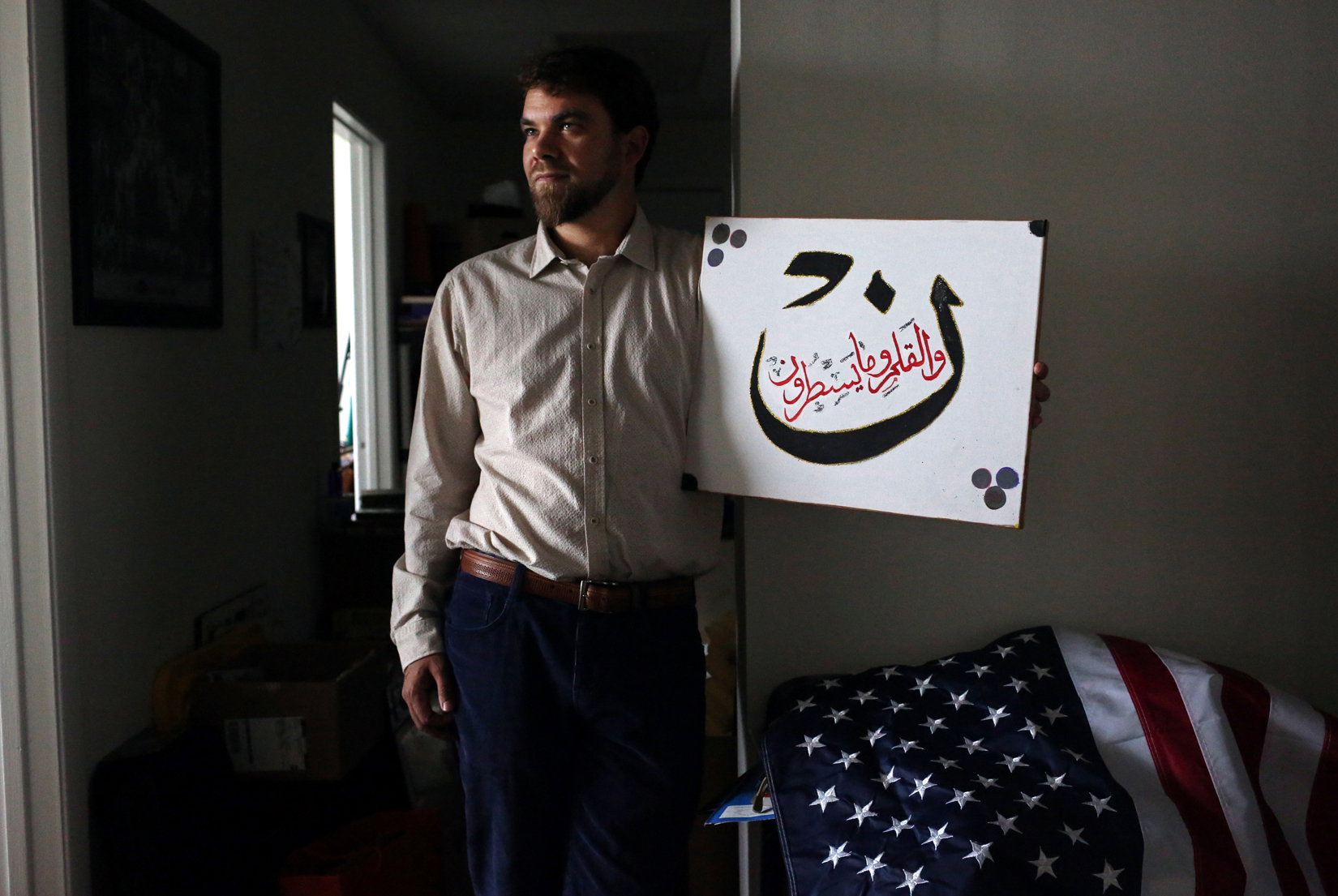 A small and fascinating subset of Muslim Americans express an interest in voting for U.S. presidential candidate Donald Trump. In Florida, a particularly large proportion of Muslim Republicans (approx. 2 out of every 3, according to CAIR,) have such leanings - Trump's business background and apparent ability to self-finance eclipsing his anti-immigrant, Islamophobic rhetoric as priorities.

Adam Warshauer, 37, seen here posing for a portrait with a passage from the Surat Al-Qalam in the Koran in Delray Beach, has a Jewish father and Christian mother, and became a Sufi Muslim at 22. Warshauer says he plans to support Trump, especially if he becomes the Republican nominee for president, and that he does not believe he wants to ban Muslims' entry to the country because of a dislike for them.

“Most are outraged at Trump saying he wants to ban Muslims from entering America, but I support that as a Muslim person, because we have to stop what is happening and work with other Muslim countries to stop terrorism. An example of Trump being a problem solver is his proposal for building the wall along the Mexico border - that's a solution to illegal immigration. But I am worried about his approach to foreign policy, since he is a bit aggressive. Then again, Putin respects him and that's good; we want Putin to respect our country.”

Warshauer adds that "Trump says a lot of dumb things, and I'd like to help him. I’m not necessarily a ‘Trump Trump Trump!’ first pumper, but I am being a realist, and if he is going to win, I want to support him to make the best decisions for our country."