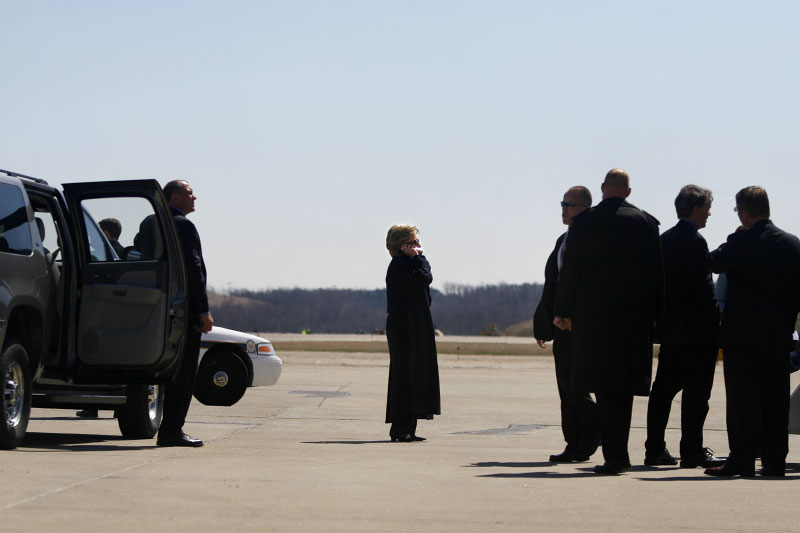 After a day of campaign stops, U.S. Presidential hopeful Hillary Clinton (D-NY) talks on the phone as she and her staff prepare to depart the Pittsburgh International Airport in Pittsburgh, Pennsylvania, to San Francisco, California, on Wednesday, April 02, 2008. The Senator is hoping to woo crucial to her votes in Pennsylvania before its primary on April 22, 2008.