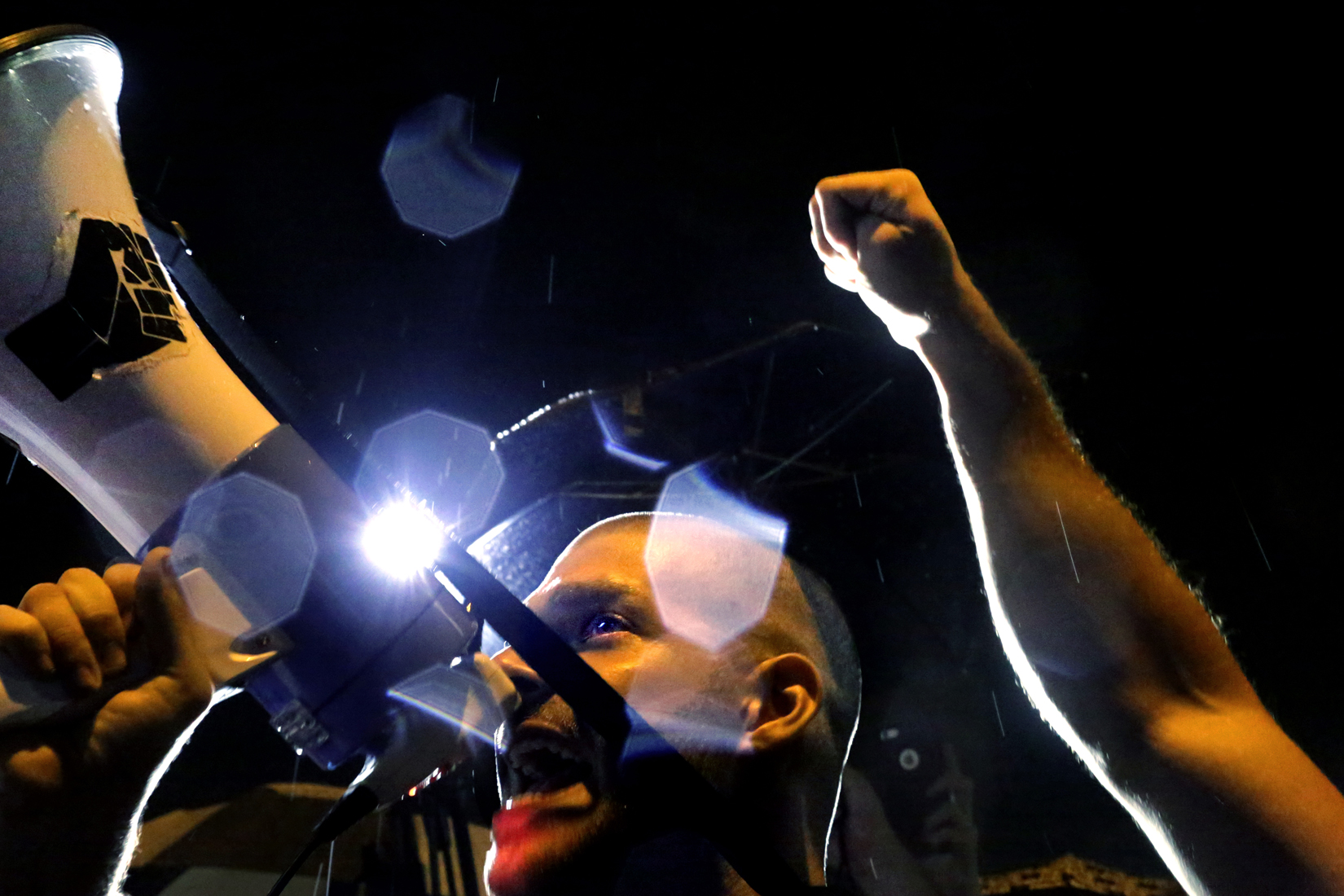 Supporters of former presidential candidate Bernie Sanders (I-VT) gather near the fenced-off perimeter of the Wells Fargo Arena in Philadelphia, PA, in protest against Hillary Clinton's (D-NY) nomination for U.S. President, as she spoke inside, at the Democratic National Convention on July 28, 2016.