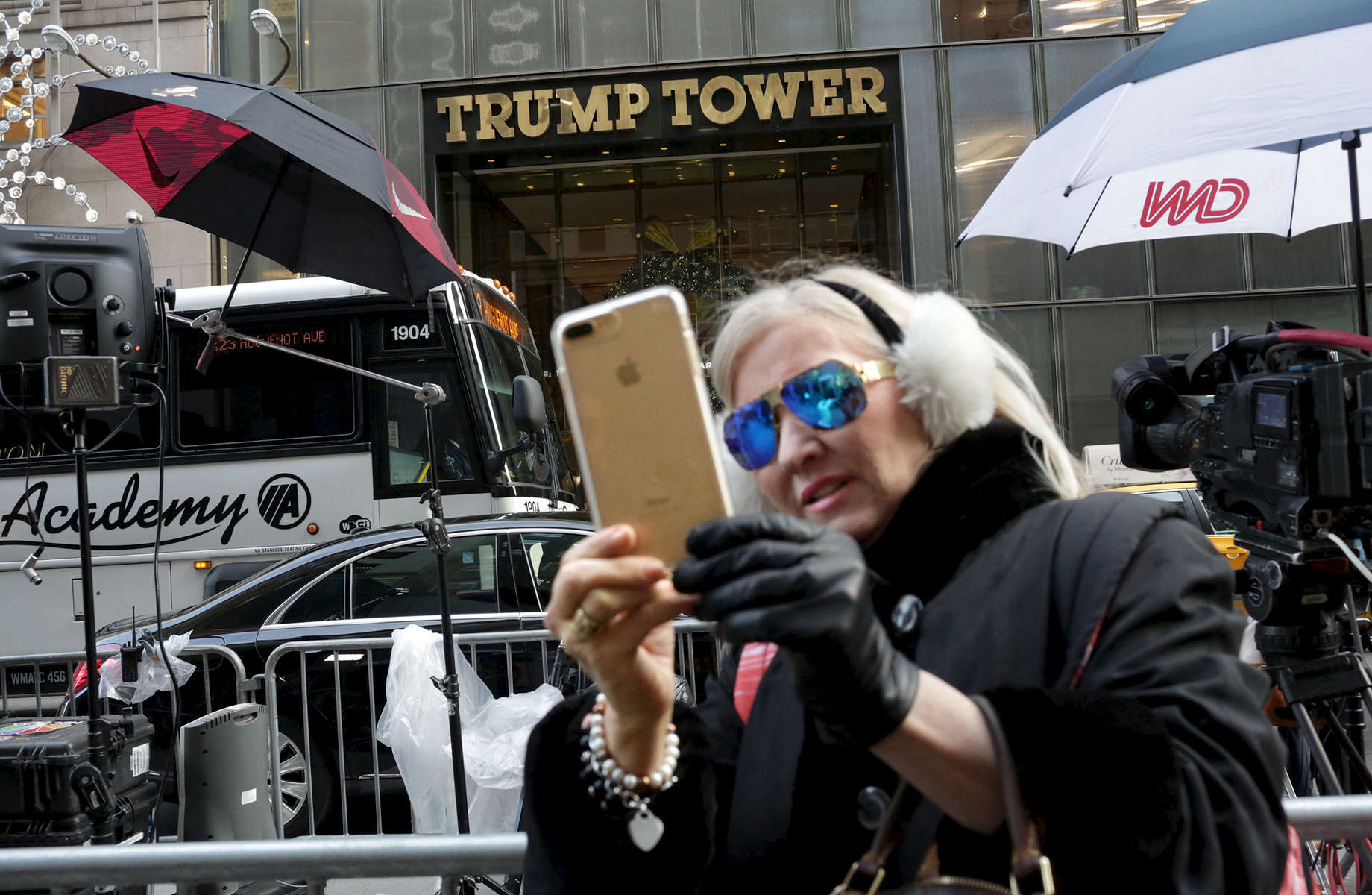 Debra Tomarin takes selfie in front of Trump Tower, the current residence of Republican President elect Donald Trump, in New York, NY on December 08, 2016. Tomarin is a real estate agent and retired psychotherapist - and lives in Palm Beach, FL, down the street from Trump's Florida residence, Mar-a-Lago. On people protesting Trump's nomination of Oklahoma Attorney General Scott Pruitt as the head of the Environmental Protection Agency - a man who has sued the EPA more than a dozen times to block air, water and climate protections - outside of Trump Tower, she said: "Protesting is irrelevant and wrong, and won't make a difference. He won't even see it, and people don't stop to pay attention. We have to move on. It's too late to sell anti-Donald Trump buttons. They should be asked to leave. Sure, they have a right to be out here, but what about his right to live in a home without someone standing in front of it with a sign?"

On Pruitt as the choice to lead the EPA, she said: "Pruitt as the head of the EPA is an interesting appointee. I think that's making a statement that he'll turn this guy around. This guy, Pruitt, is aware of climate change despite being against it. Trump did this because he's gotta please the people. Trump has a strategy - he takes the underdog and turns him around because he likes a challenge. Sometimes people do the opposite of what they want to do, because they like a challenge. There's a method to his madness. You don't want a guy you can just push over, and he wants a challenge in this guy. This is his strategy - who's going to pay attention to a guy who is simply for battling climate change as opposed to a guy who's against it, yet actually ends up battling it? Now that's a wake-up call."