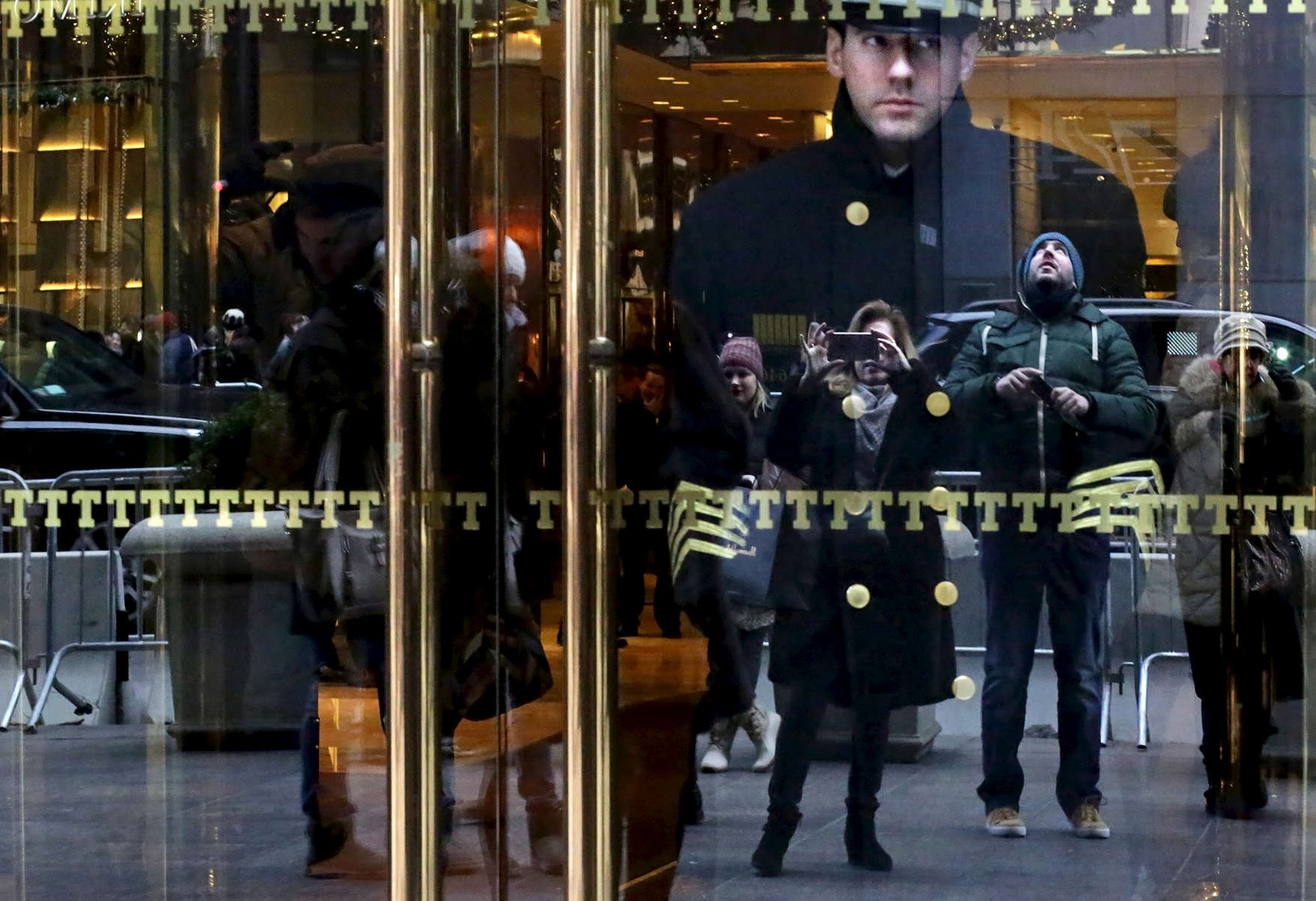 David Skellington, doorman of Trump Tower of eight years, the current residence of Republican President elect Donald Trump, looks out onto passersby photographing the building in New York, NY on December 15, 2016. On crowds constantly recording Trump Tower, Skellington said: "It's interesting, you see a lot of people, it's history. But this could be awkward, so many people taking pictures. I'd rather be behind the camera. My family and friends are always seeing me on the news. Tourists say, 'you're famous.' "