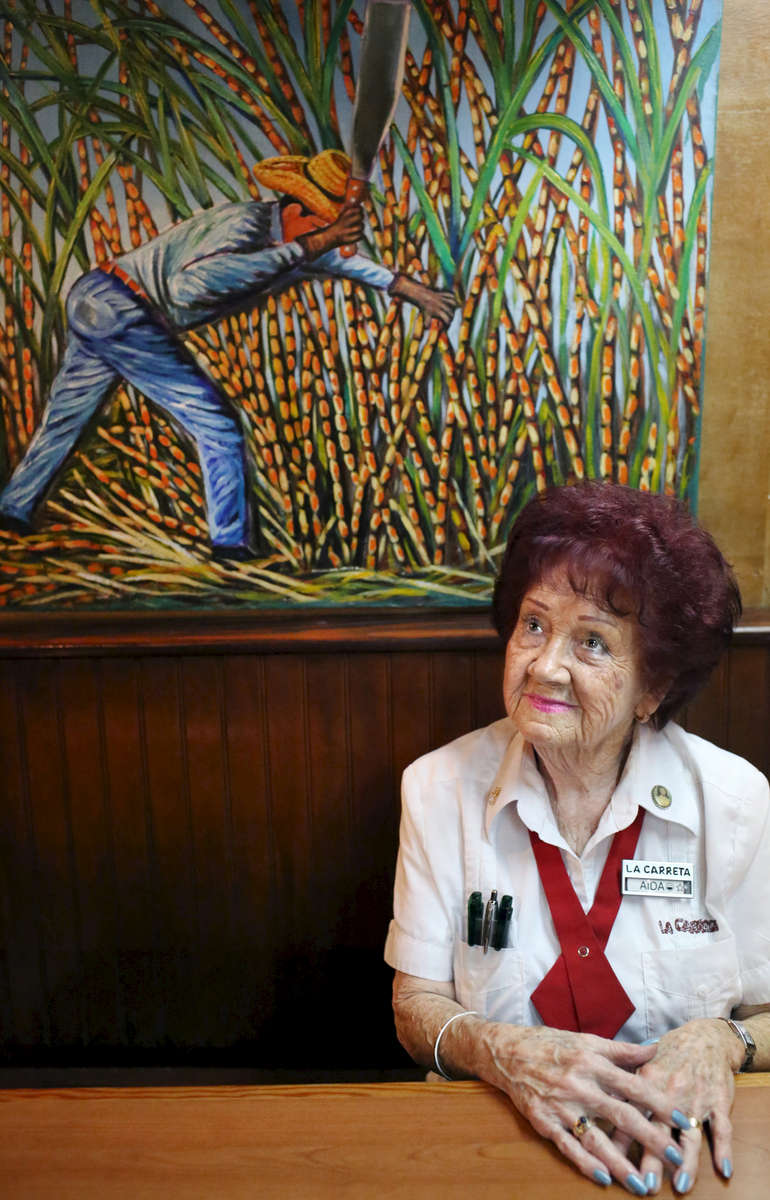 Aida Andreu, a Republican in Miami, FL, poses for a portrait in the restaurant where she works, La Carreta, on March 11, 2016. She says she would like to vote for U.S. Presidential candidate Donald Trump (R-NY) in the state's Tuesday primary because she believes he is capable of changing America for the better. As far as Ted Cruz (R-TX) or Marco Rubio (R-FL), she says she does not believe either to be ready for a presidency, and is not influenced by their Cuban roots.