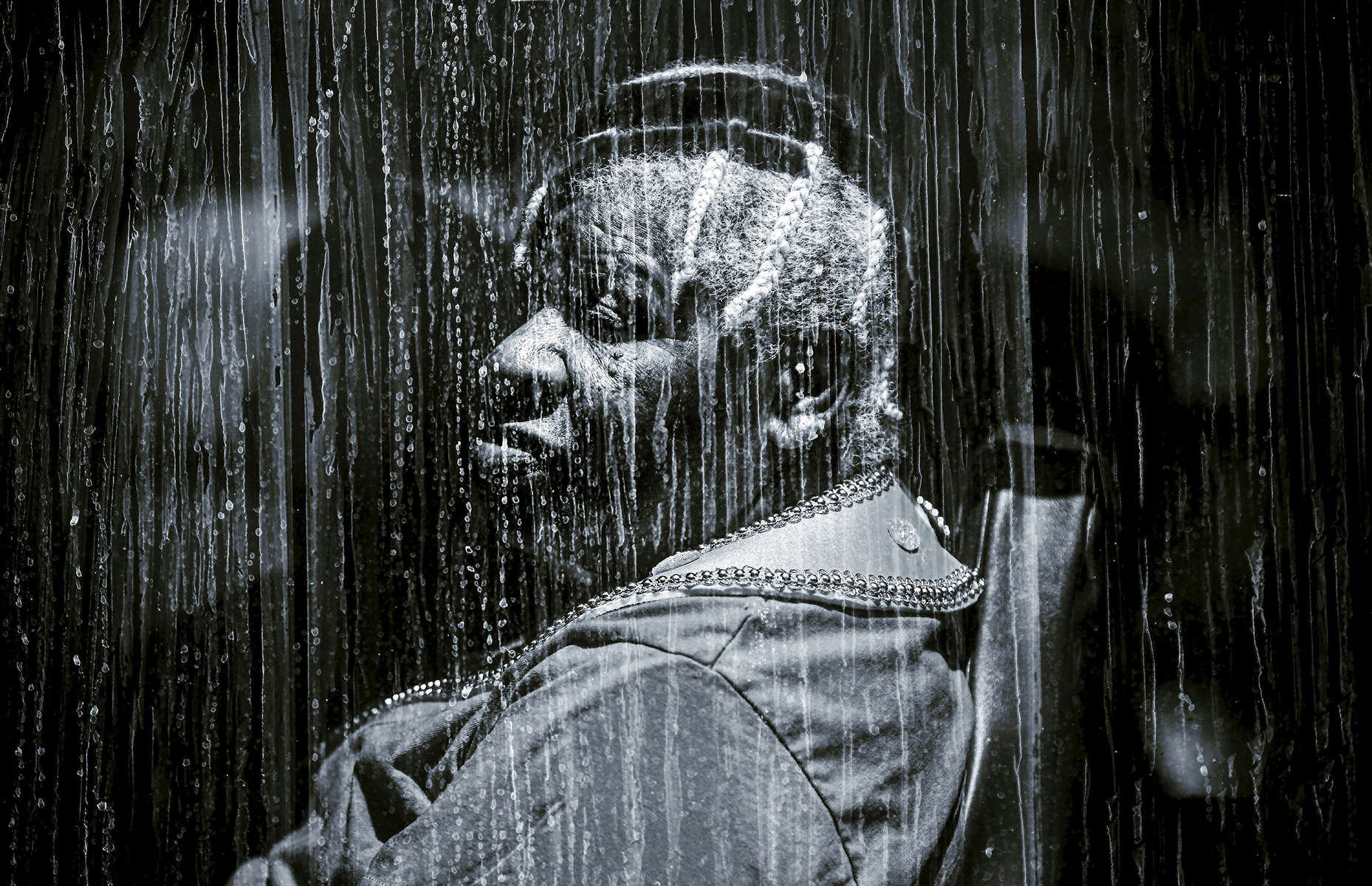 A woman looks through the window of a bus down Eastern Parkway during the West Indian American Day Parade in celebration of the Caribbean Carnival on September 04, 2017 in the Brooklyn borough of New York City. The parade, which draws tens of thousands of costumed celebrants, has been plagued by violence in recent years resulting in new intensive security measures.