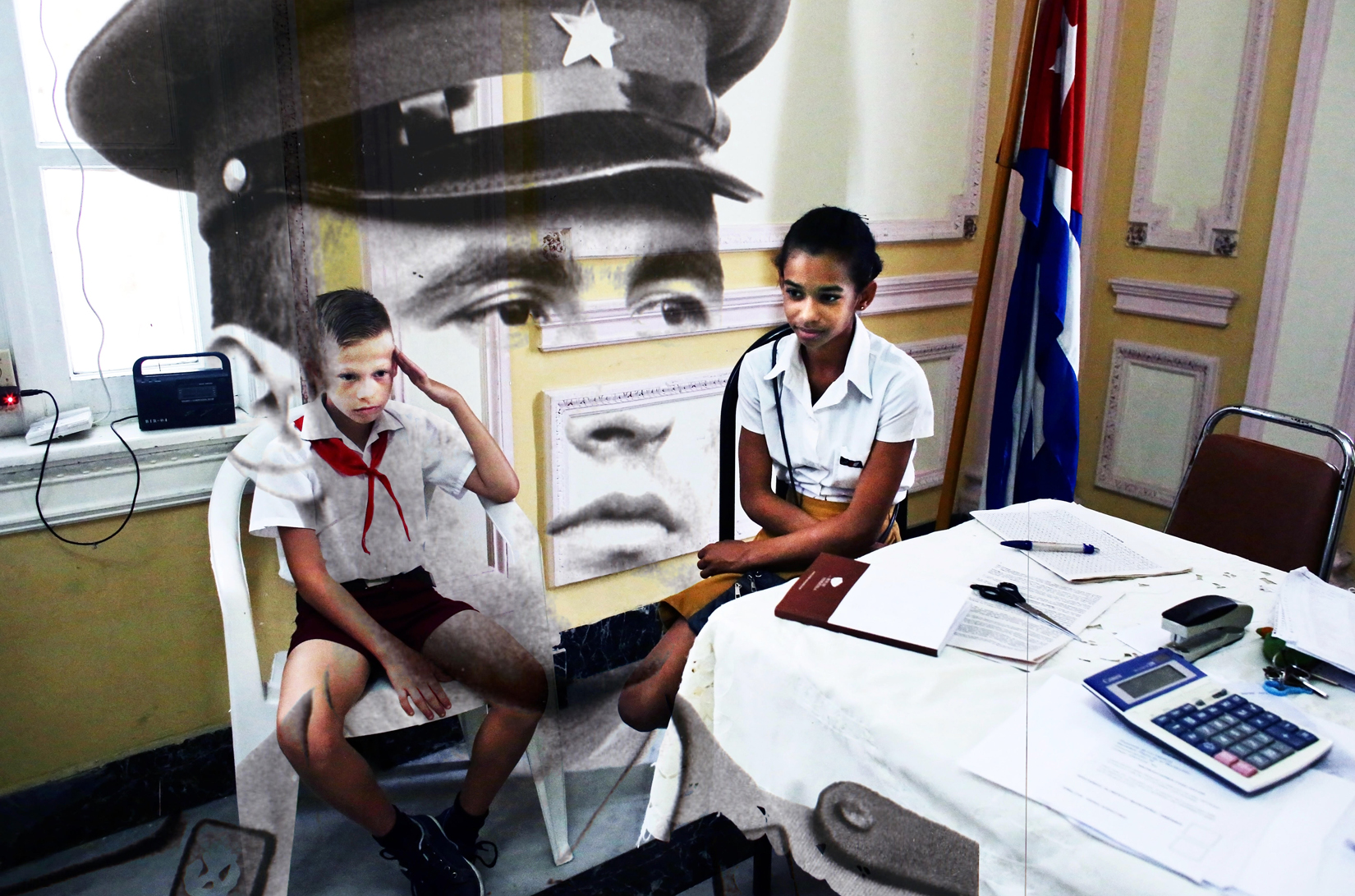 This is my father's Army uniform (complete with a five-pointed star — the symbol of Communist rule,) worn during a mandatory two-year service in the Bulgarian military in the 1970s. It is superimposed with Cuban children wearing the uniform of Communist youth as they salute "Votó!" ("S/he voted!") to citizens casting ballots for delegates to the country's unicameral parliament. Voting is not a mandatory activity in Cuba, but frowned upon if not exercised.