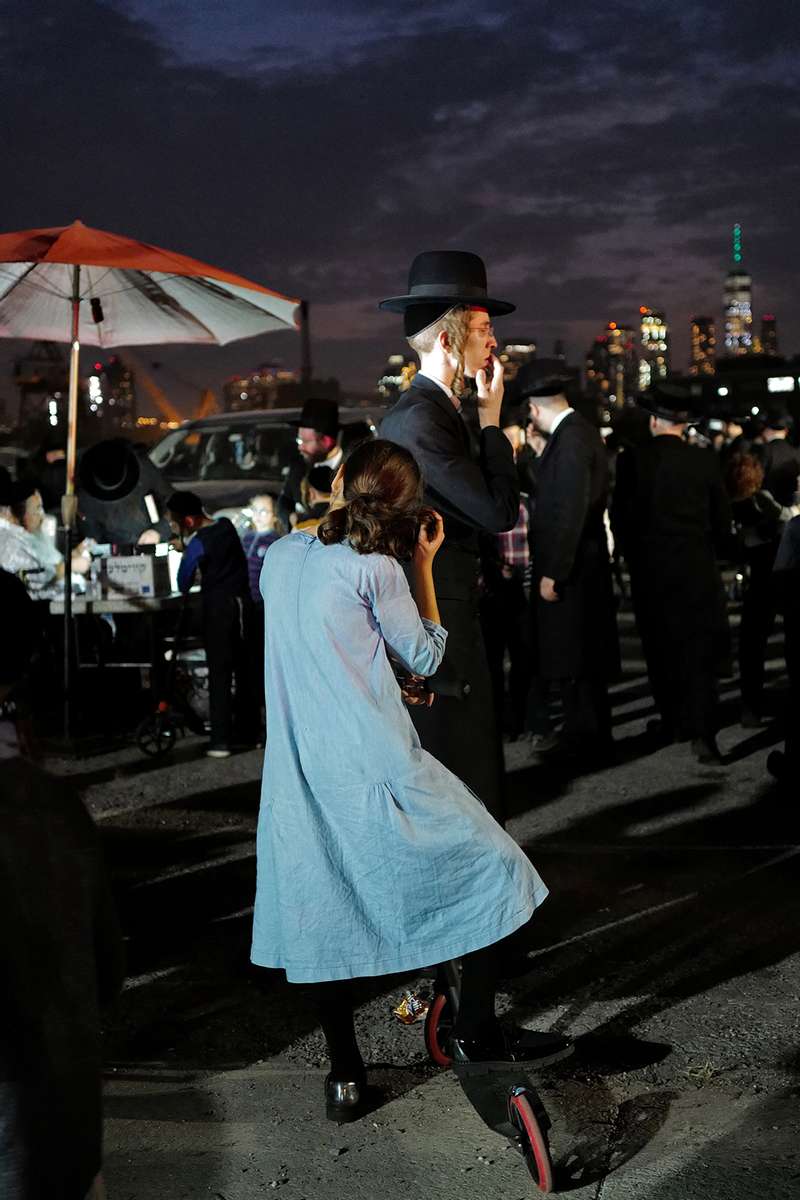 A young girl peeks into the all-men's section during Tashlich, an ancient annual Jewish ritual to cast off one's sins into the water, here performed over the Williamsburg section of the East River in Brooklyn, New York on September 24, 2020. Women and men are separated by religious tradition during Orthodox Jewish holidays and prayer, but this separation can extend to the social spheres of the community as well. In public life — in politics, for example — female candidates are expected to adhere to entirely different standards than their male counterparts, such as never showing their faces in community newspaper ads, based on a tradition that directs men to shield their eyes from potentially improper images of women. (Photo by: Yana Paskova for The New York Times/the National Geographic Society)