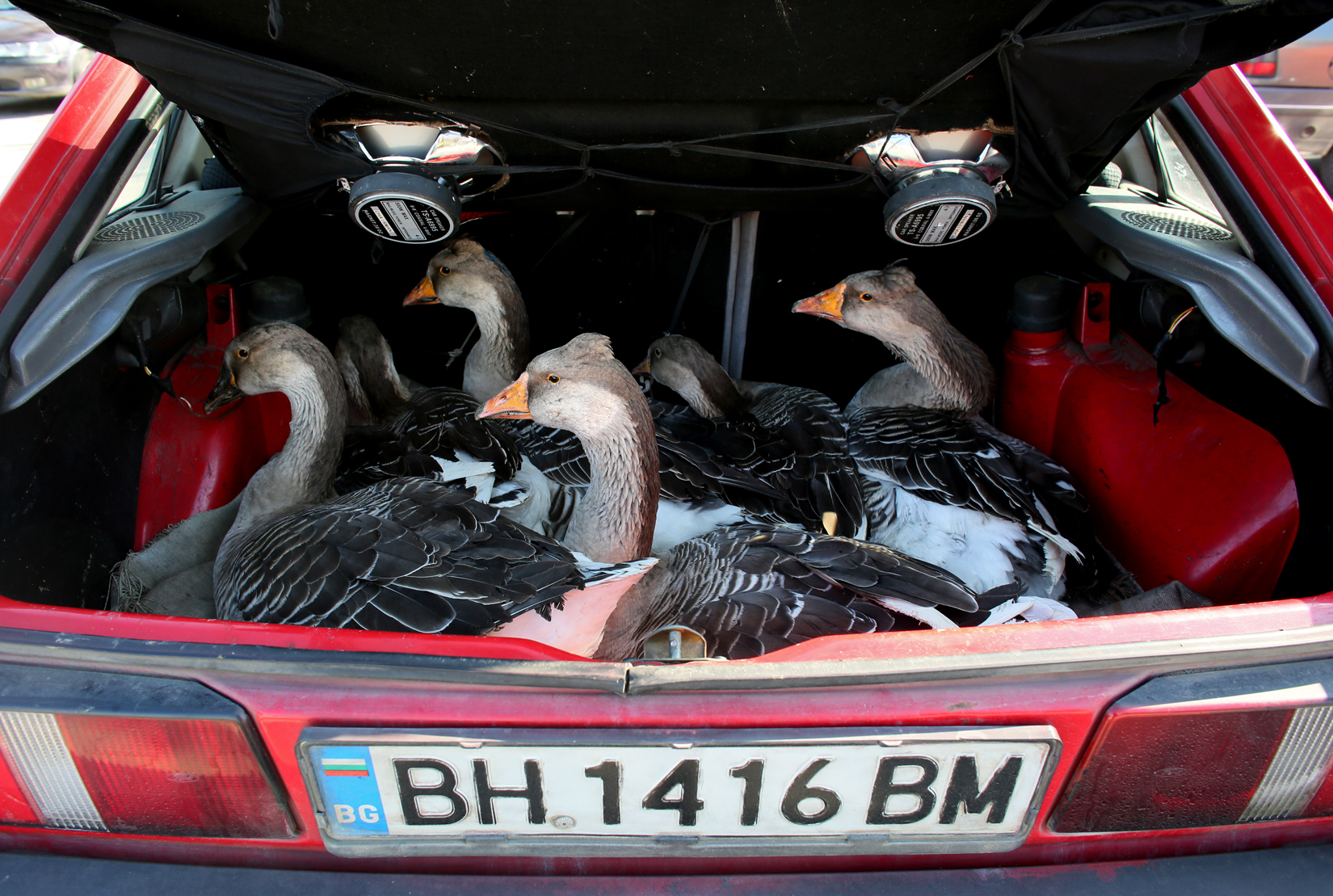 A woman sells geese from the trunk of her car, at an outdoor market in Vidin, Bulgaria on October 18th, 2014. Many Bulgarians sell personal belongings, fruit and vegetables grown at home, or resell goods as a supplement to their primary earnings, now that entrepreneurship is allowed in a post-Communism political environment.

This photo is from a project that aims to gauge the effects of democracy in the former Soviet satellite nation Bulgaria, two and a half decades after the fall of the Berlin Wall. The story of democracy in Bulgaria at age 25 is a cautionary tale about transplanting one-size-fits-all Western values to a nation still undergoing social and economic upheaval. Bulgaria is still one of the poorest, most corrupt nations in the European Union, its post-1989 hopes wilted by political instability, high crime rates and skyrocketing inflation. While Bulgarians can now freely vote and protest without much threat to their freedom, their new oppressor is corruption - which is at a 15 year high, across political and civil sectors alike. The ennui is so casually etched on the passerby's face that it becomes routine - one that fits in sadly well against a startling backdrop of rotting architecture, joblessness, and a vast population decline. Despite what democracy has changed in Bulgaria, the daily struggles of its populace remain largely untouched, trapped in a post-communist time capsule.