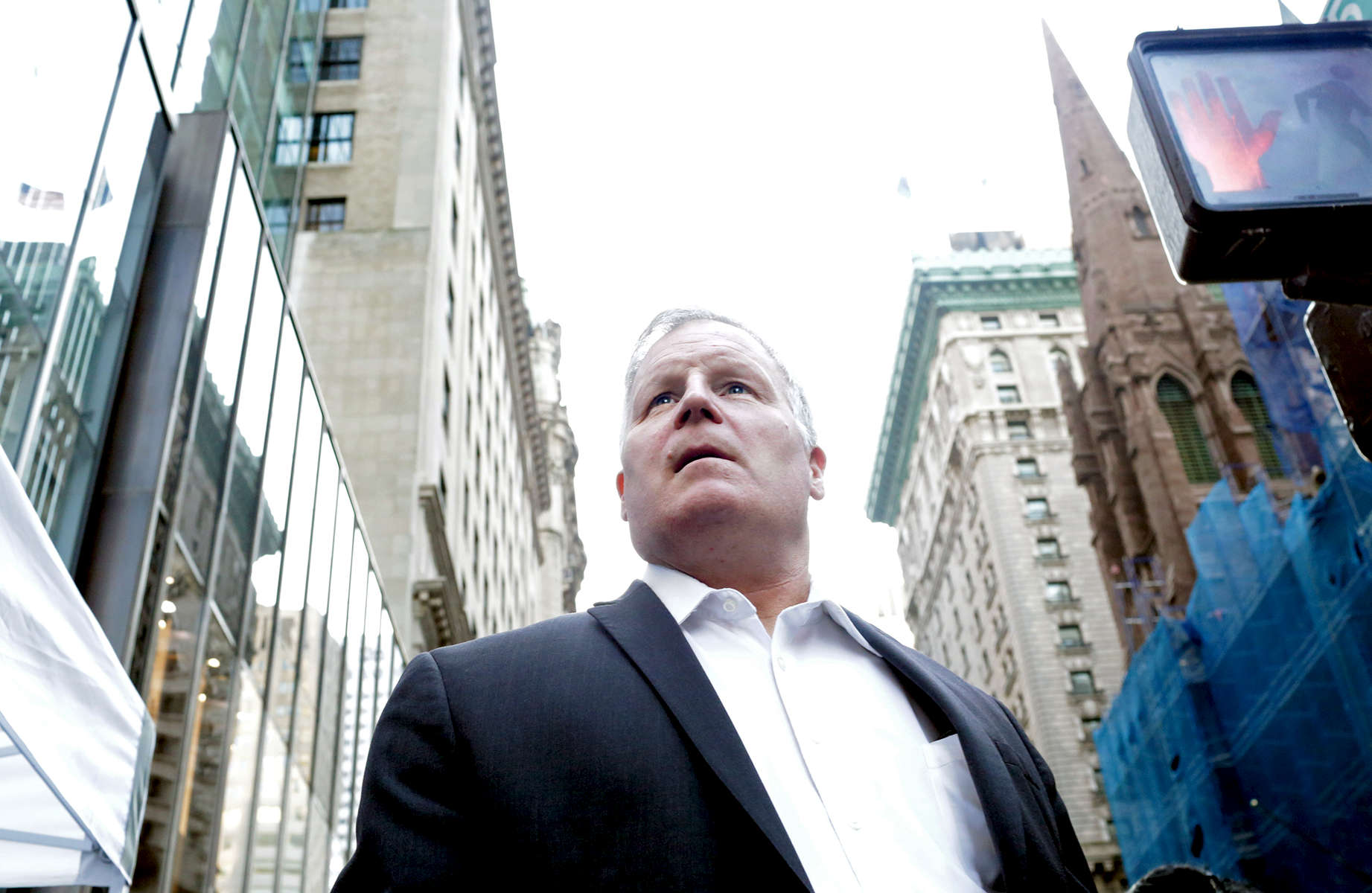 A man stares up at Trump Tower, the current residence of Republican President elect Donald Trump, in Manhattan, NY on November 28, 2016.