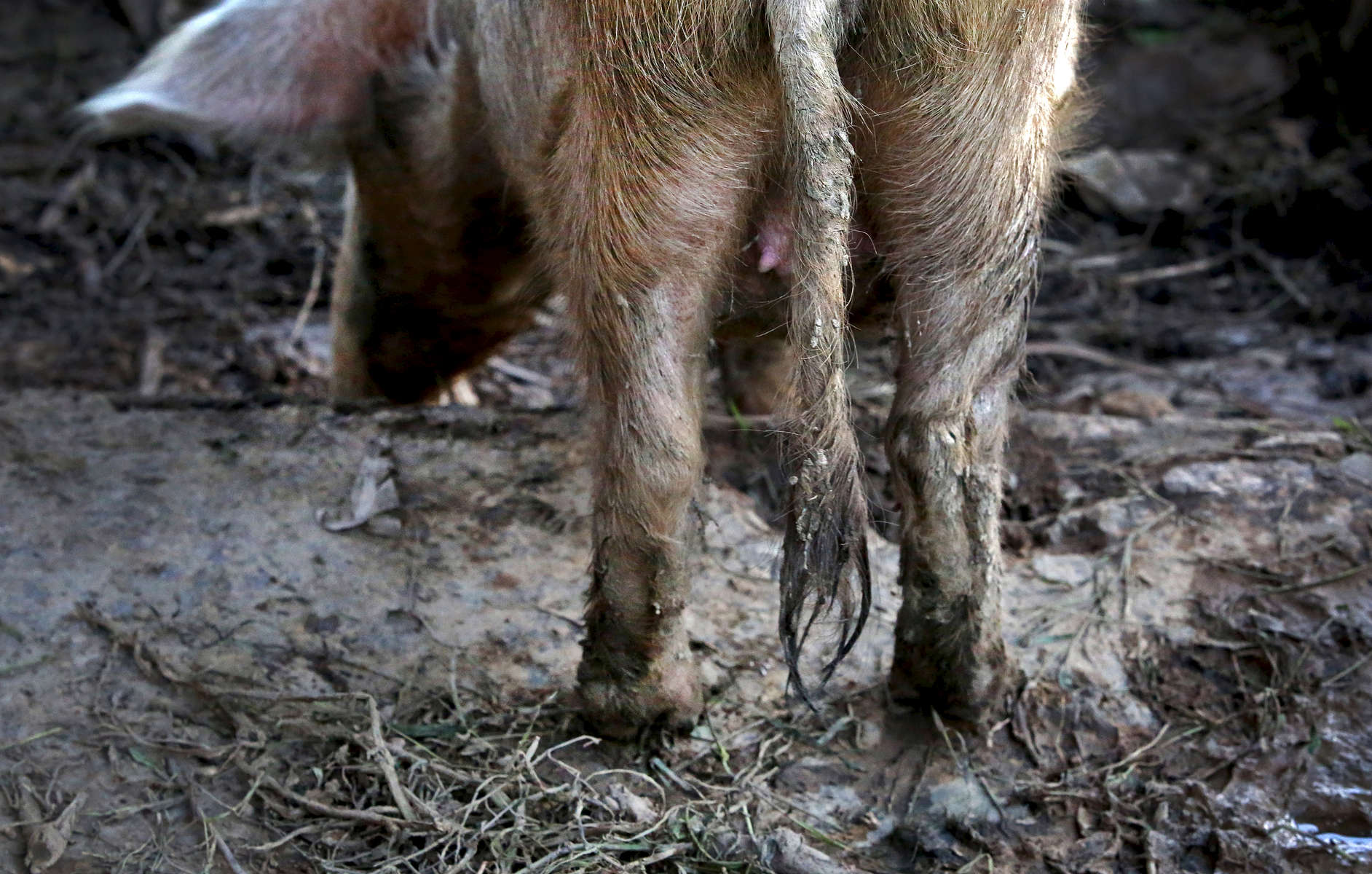 The pig whose poo is used in Etiene Twagirayezu's biogas digester, seen in his yard in Rutabo, Rwanda on November 18, 2017. Twagirayezu says that before his digester, he'd spend up to 3 hours a day gathering 10 kilograms of wood, and saw kids get injured climbing trees and be late to school doing the same. He added he was happy his workload at home was reduced due to being able to use his cow's and pig's poo instead of wood as fuel, as well as about the resulting lessening of deforestation.