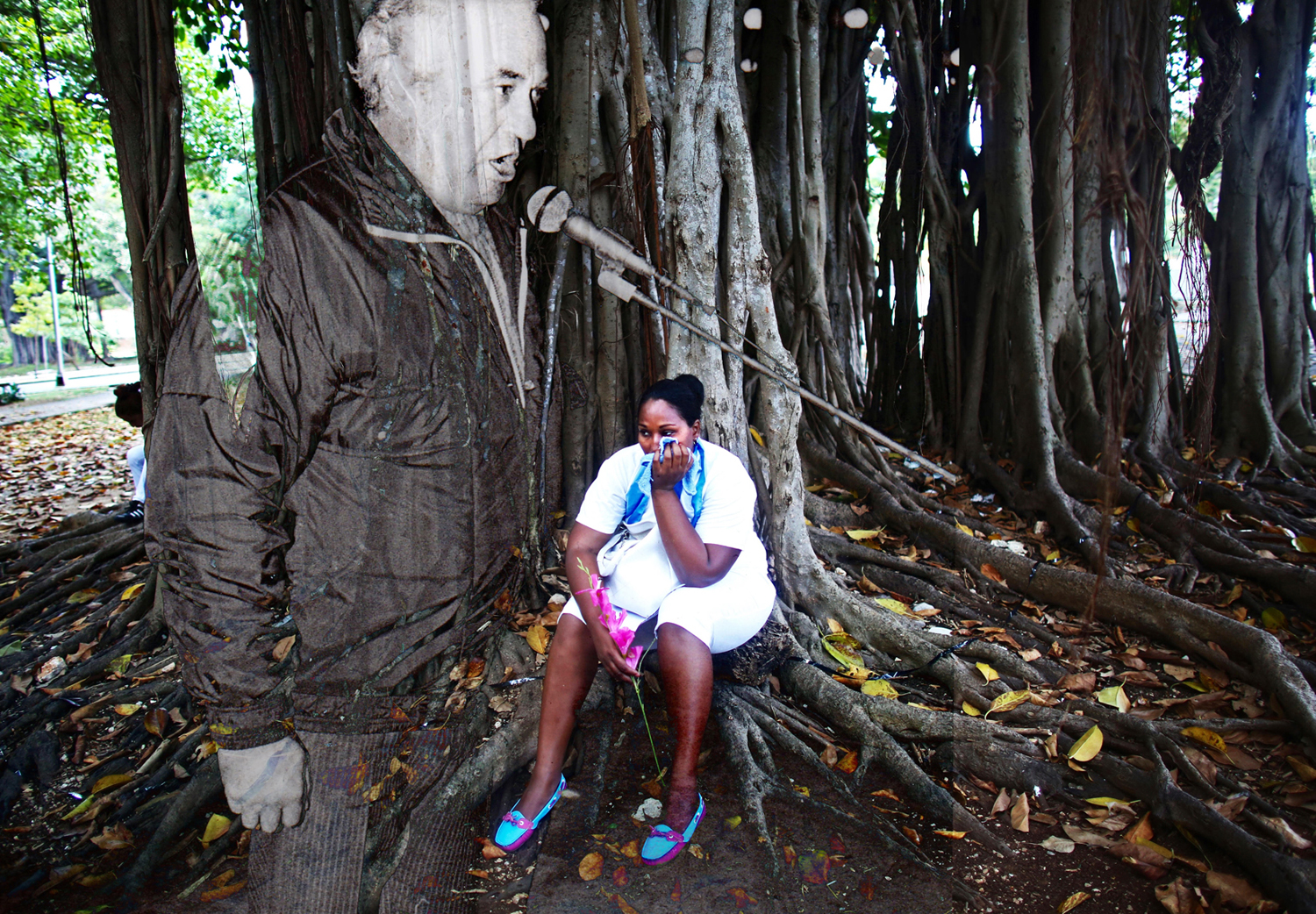 For years, my grandfather refused to join the Communist party, resulting in a five-year punishment in Bulgaria’s forced labor camps. He became politically outspoken for Democracy after the fall of the Berlin Wall and the subsequent dissolution of the Communist government in Bulgaria. In the Cuban half of this image, a participant in a march organized by the wives and female relatives of imprisoned political dissidents rests by a tree in front of Santa Rita Church in Havana, Cuba, this year. The opposition group, Damas de Blanco (Ladies in White,) complains of regular beatings and detainment - with one of the largest reported in 2011 and 2012. In Catholic countries, Saint Rita is known as the patroness of impossible causes, or of heartbroken women.