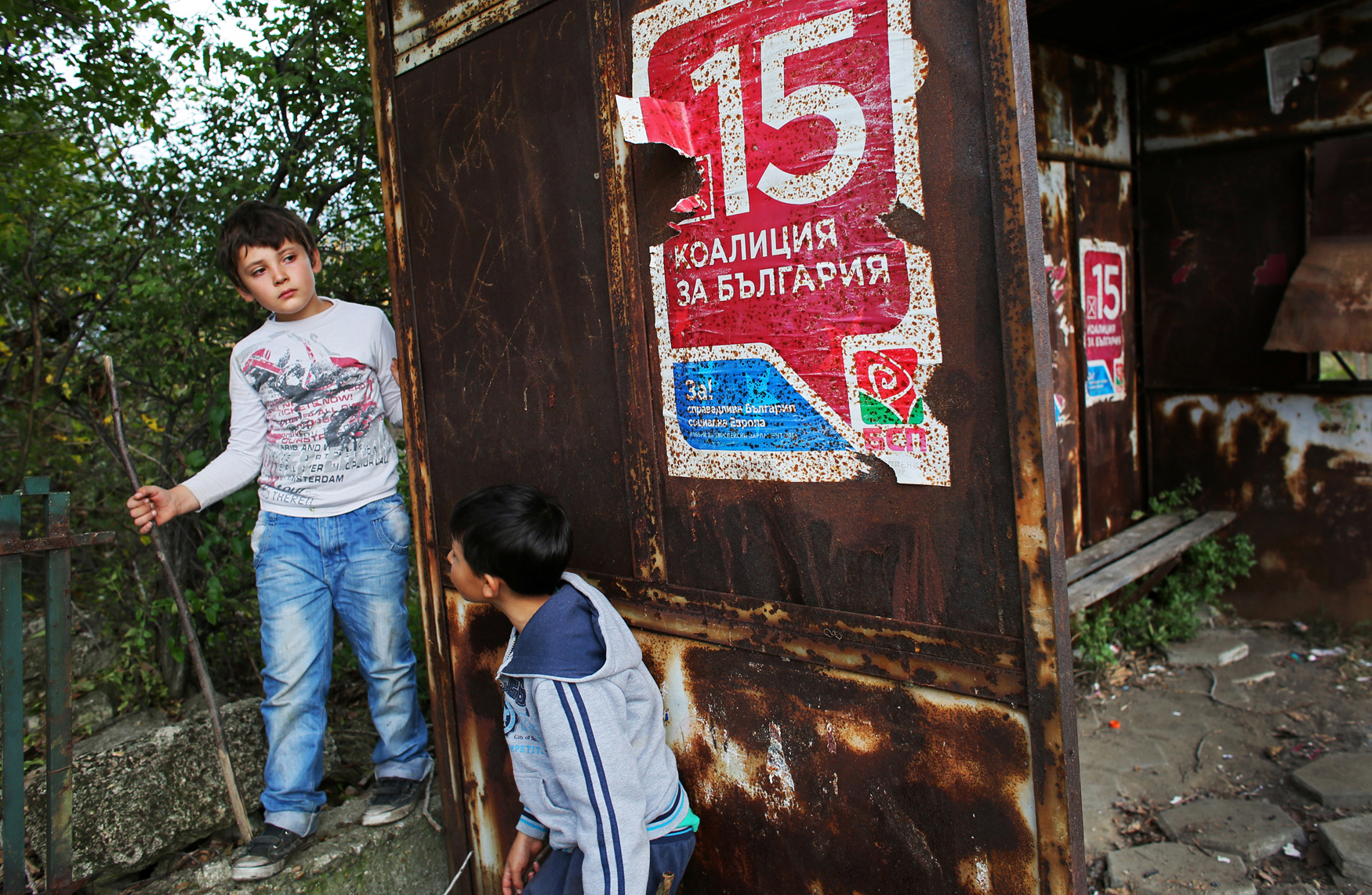 Boys rest under a poster for Bulgaria's Socialist party on a rusty bus stop on October 17th, 2014, in Rabrovo - the only village with a hospital near Kanitz, a nearly abandoned village of 6. Bulgaria has the most extreme population decline in the world — much due to post-1989 emigration, high death rates and low birth rates. There are so few people of child-bearing age in the nation that population statistics project a 30-percent decrease by 2060, from 7.2 million to just over 5 million. In other words, Bulgaria’s population declines by 164 people a day, or 60,000 people a year — 60 percent of them aged over 65.