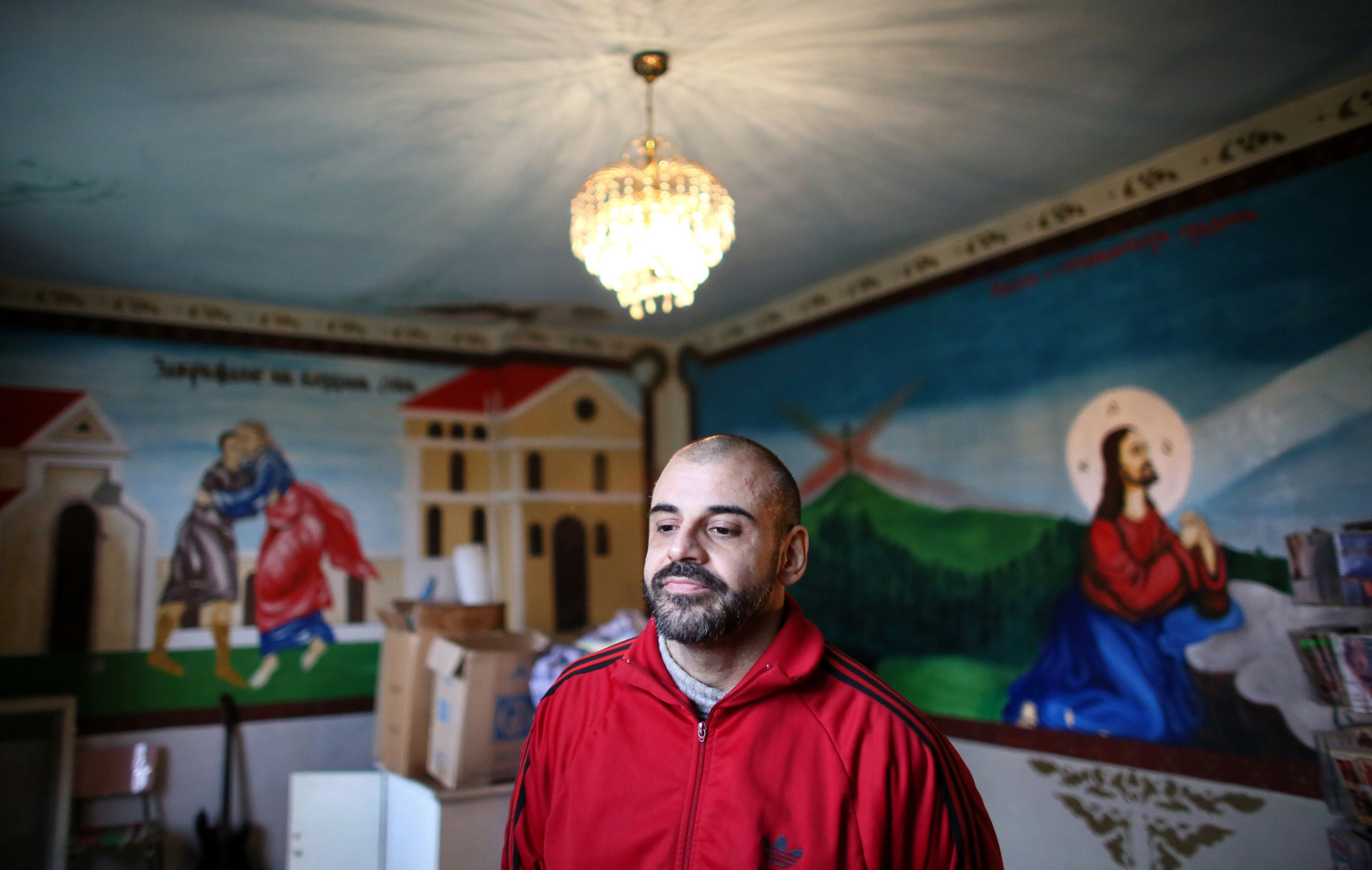 A man imprisoned for vehicular manslaughter in Belene pauses while in the prison chapel, on November 10th, 2014. Many women and men (like my grandfather) who didn't belong to the Communist party in the 1950s languished in the gulag-like forced labor camp, an island on the Danube river. Belene still houses prisoners, some for petty theft, some for larger crimes. The section of the island that was once dedicated to imprisoning political dissidents, now in crumbles, is a haunting reminder of the dangers once posed by an independent mind in Eastern Europe.