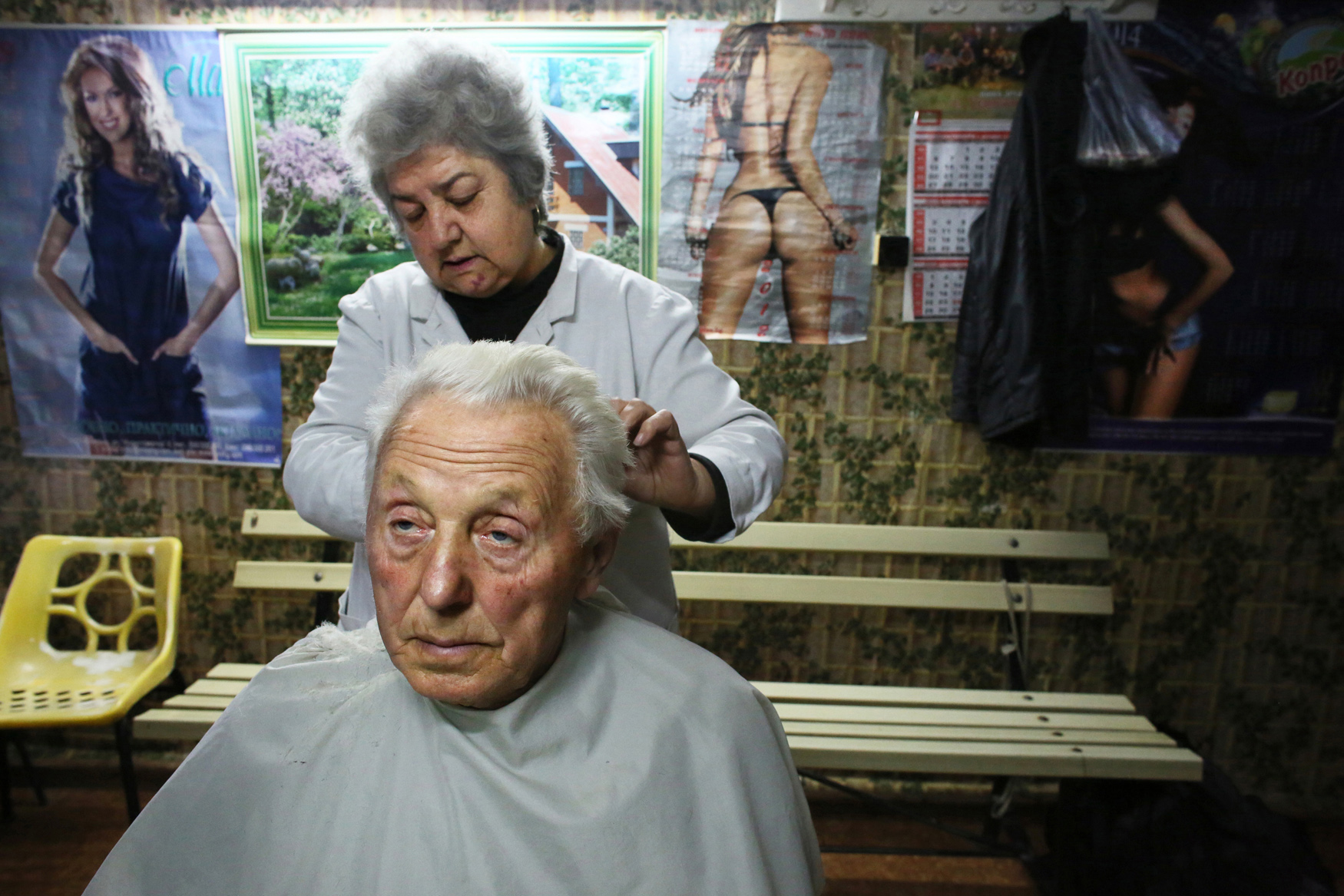 Hair dresser Pavlinka Paskova, 59, cuts the hair of Stanko Petrov Vulchev, 80, in Vidin, Bulgaria, on October 30th, 2014. Paskova says she has very few customers in this town of waning population: "There's little hope of prosperity for the young here - they've all emigrated."

Bulgaria has the most extreme population decline in the world — much due to post-1989 emigration, high death rates and low birth rates. There are so few people of child-bearing age in the nation that population statistics project a 30-percent decrease by 2060, from 7.2 million to just over 5 million. In other words, Bulgaria’s population declines by 164 people a day, or 60,000 people a year — 60 percent of them aged over 65.