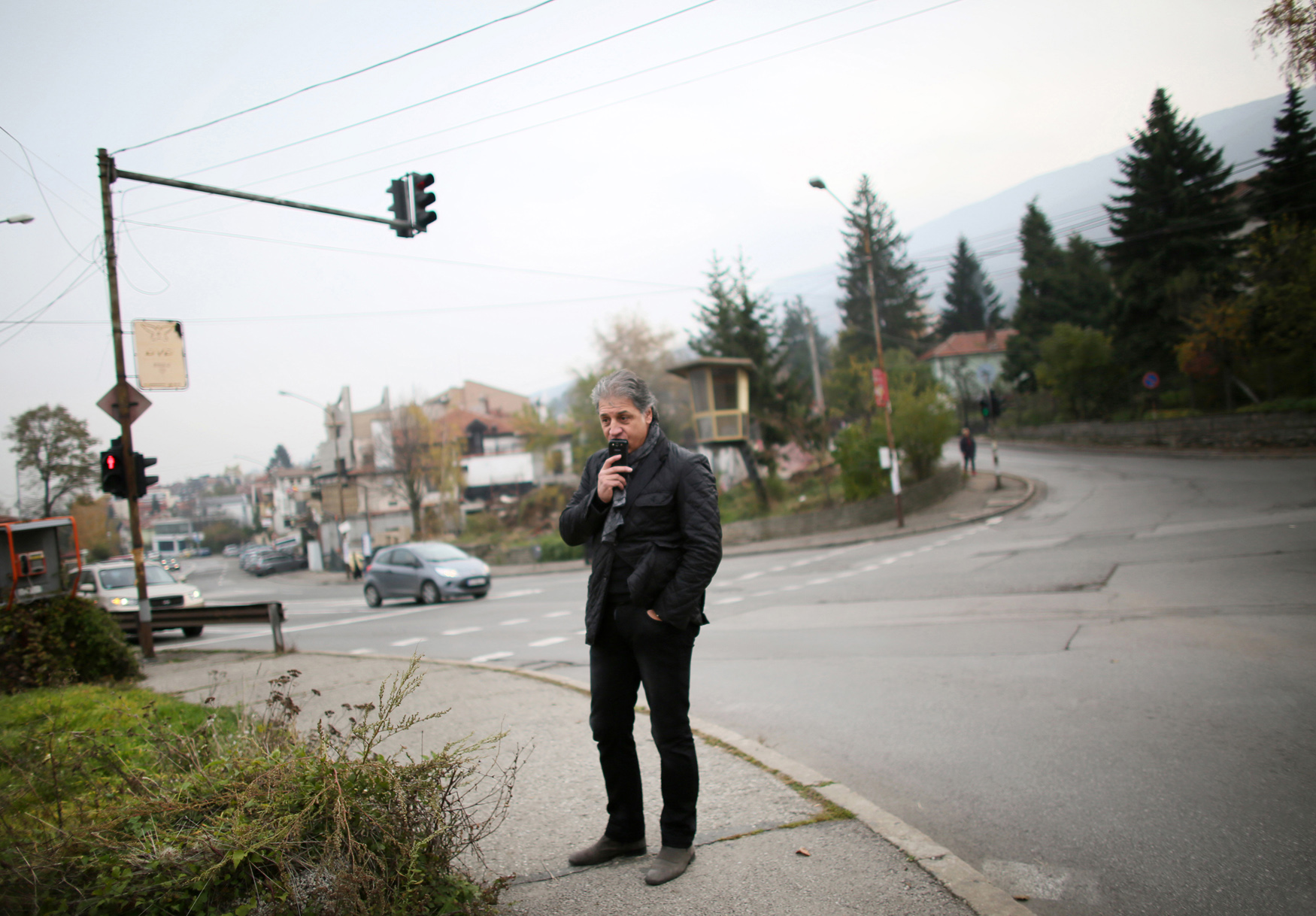 The path to democracy is, at times, lonely. Bozhidar Tomalevski, chairman of the political party Drugata Bulgaria (The Other Bulgaria, which represents Bulgarian emigrants,) waits for protesters against bank KTB (Corporate Commercial Bank,) before a planned picketing event in Bulgaria's capital Sofia on November 8th, 2014. Despite widespread outrage over the bank's closing, only a handful of people arrived; the protest was canceled. "Democracy is a habit. And many here consider it a singular person's effort, not a collective one," said Tomalevski of this protest's scant attendance.

KTB closed in June, its customers no longer able to access their money, as the majority owner Tsvetan Vasilev was indicted for corporate embezzlement in absentia and placed on Interpol's and Schengen's most wanted lists. Bulgaria's central bank subsequently discovered a 4.22 billon leva ($2.71 billion USD) hole in KTB's accounts, which is much higher than Bulgaria's debt ceiling. This is the nation's worst banking crisis in two decades.