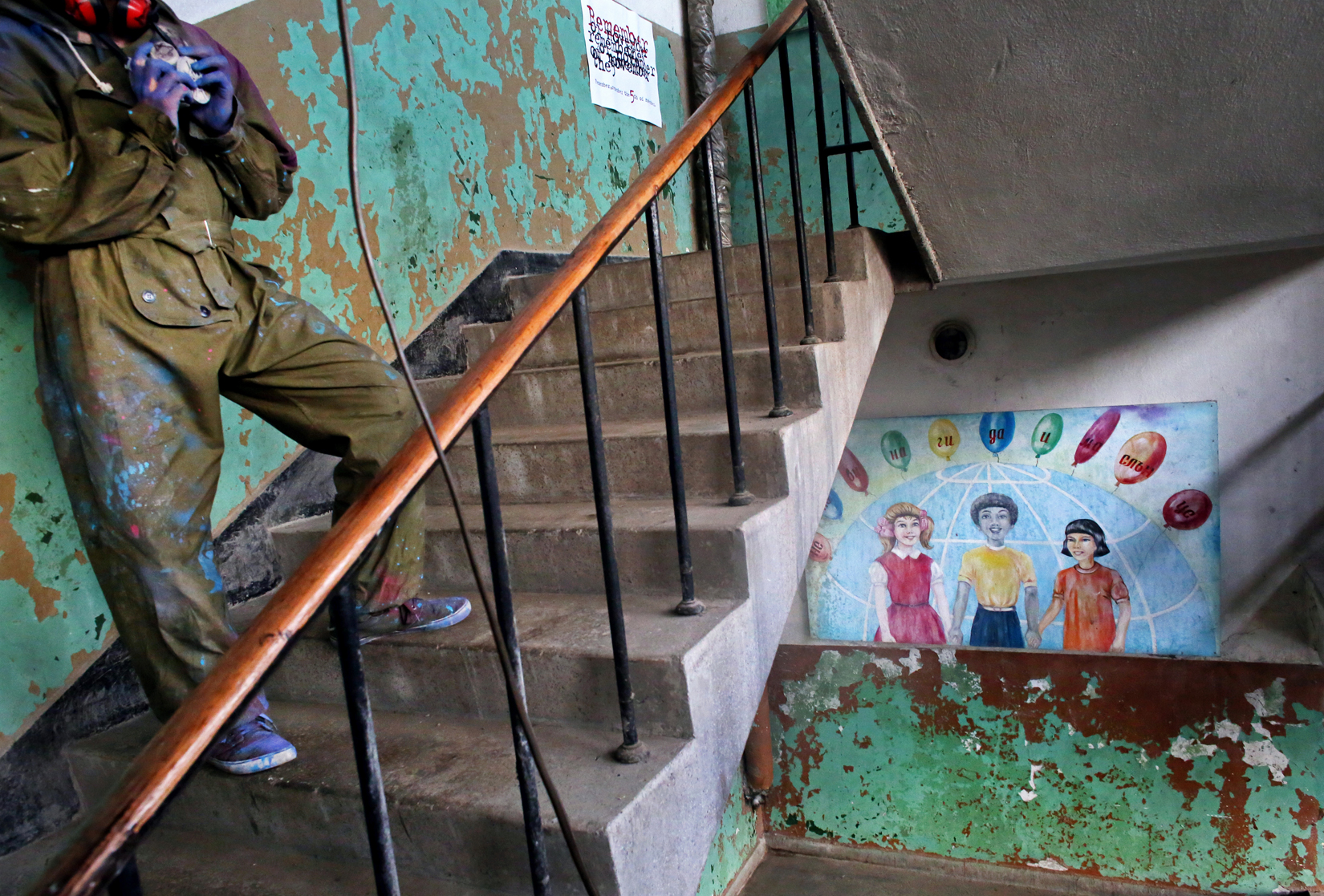 Art during the Communist years was highly sanitized - and artists who chose not to show a utopian view of the country, censored and punished. The post-1989 years of Bulgarian art history renewed creativity of expression in its community - a gift especially to those who sought to express a variety of political ideas, or a non-idealized view of their society.

A painting that used to decorate a school during the Communist era now hangs in the hallway of The Factory for Urban Art, seen in Bulgaria's capital Sofia, on November 7th, 2014. The factory is a former wholesale warehouse where artists now rent studios and create, for much lower rates than in the rest of the city. The art collective Destructive Creation - the same which recently spray-painted Sofia's Monument to the Soviet Army in Western superhero outfits - initiated the idea for the factory.