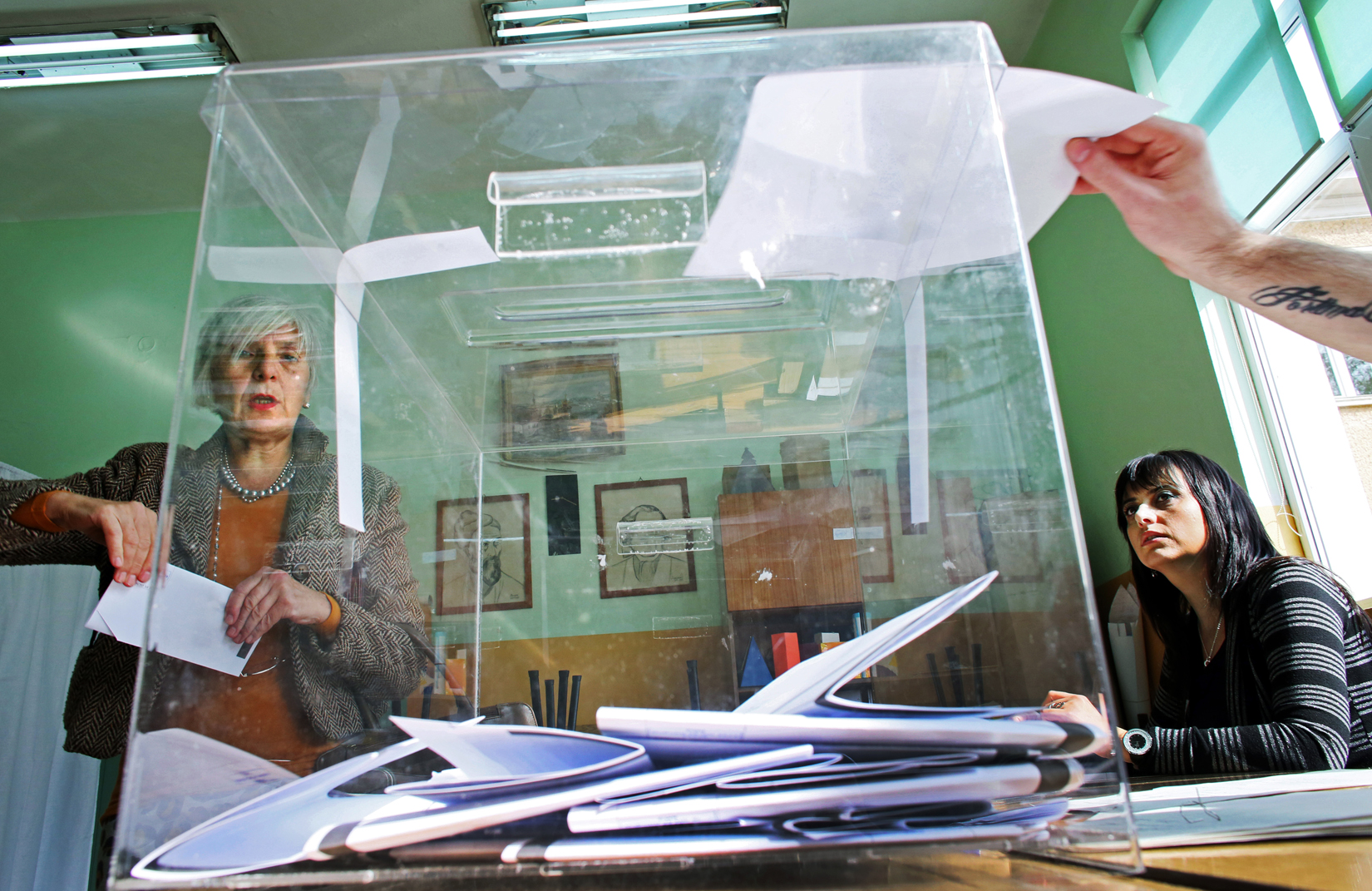 Today, October 5th, 2014, is Midterm Elections day in the States - its multi-party ticket an unimaginable reality in autocratic Bulgaria pre-1989. (R-L) Simona Kostova, from Bulgaria's voting commission, watches as a woman prepares to place her vote in the ballot box during Parliamentary elections in the nation's capital, Sofia. Despite a month-long vacillation on the make-up of their political coalitions and their new prime minister - and that only 49% of the population turned up to vote today - party leaders narrowly avoided reelections, with former prime minister and leader of center-right party GERB Boyko Borisov reinstated at the post.