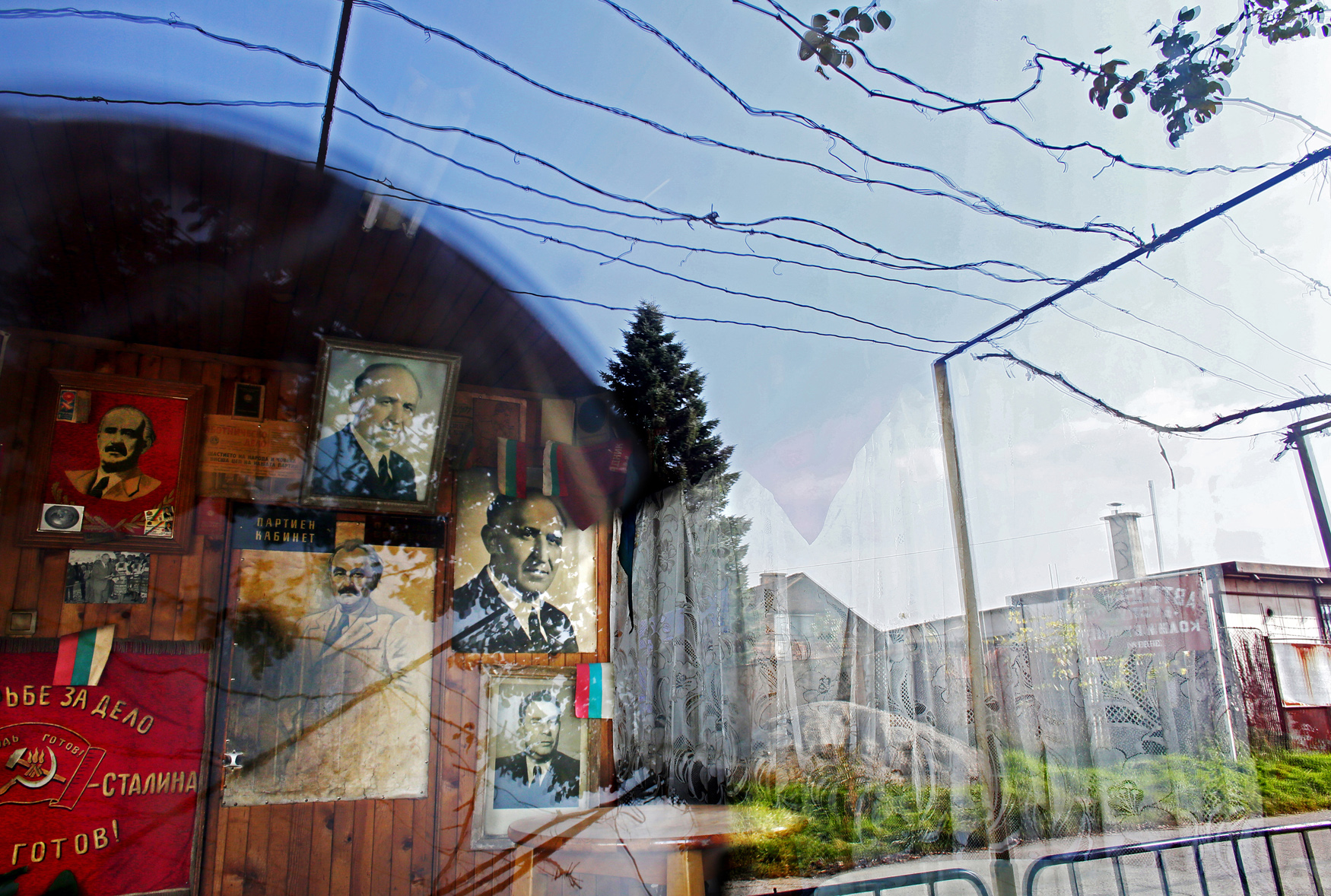 Communist nostalgia is still very much alive in Bulgaria. Tato, a bar in Sofia (currently closed due to the death of its owner,) is decorated with portraits of Bulgarian Communist dictator Todor Zhivkov (upper center,) in Bulgaria's capital Sofia, on November 6th, 2014. His nickname and bar's namesake "Tato" is a play on the word "dad" in Bulgarian. Zhivkov was the head of state of the People's Republic of Bulgaria from March 4, 1954 until the day after the fall of the Berlin Wall, November 10, 1989, when he resigned under political pressure over the country's worsening economy and public unrest.