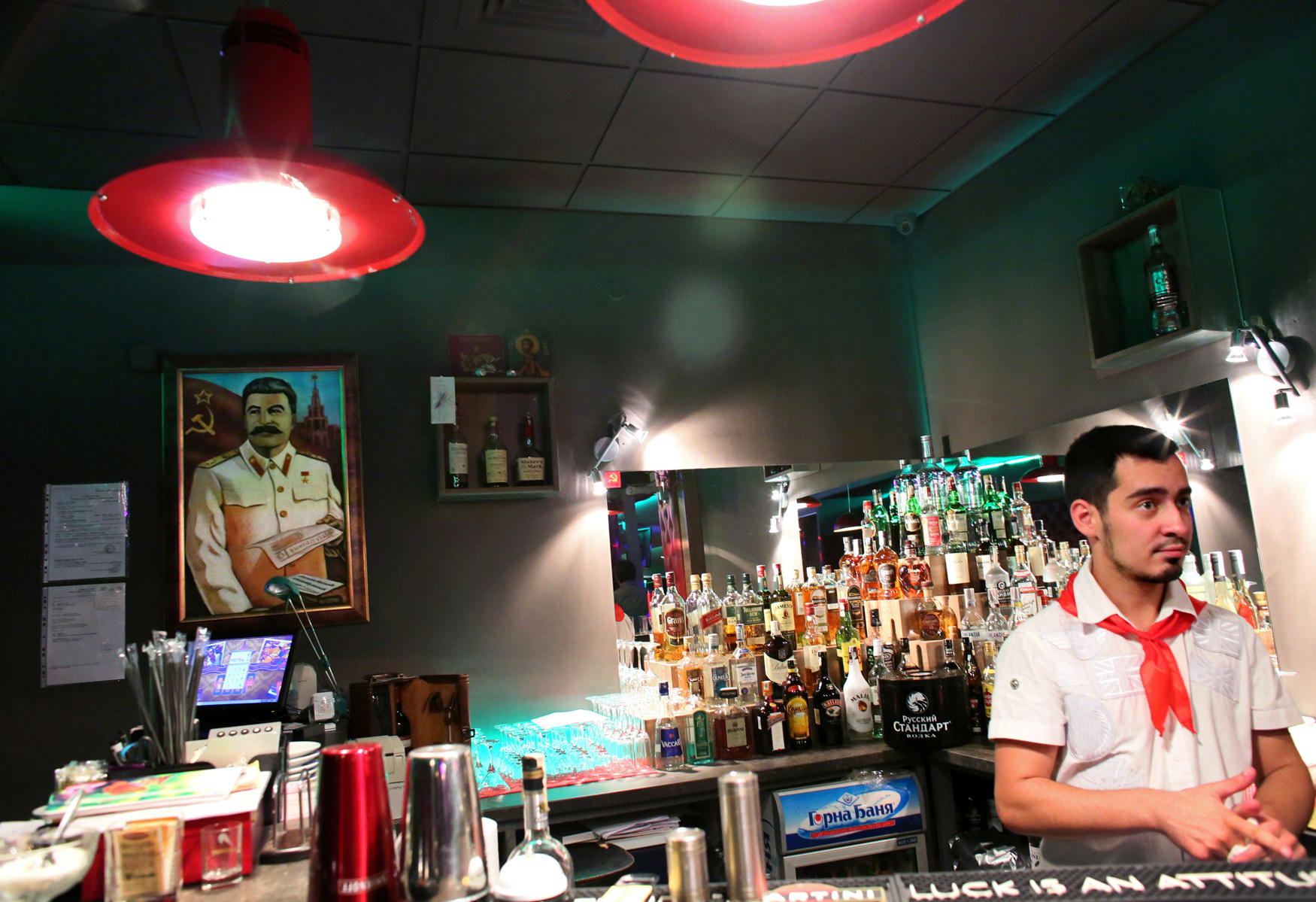 Kristiyan Stamatov serves drinks at SSSR, a USSR nostalgia restaurant and bar in Bulgaria's capital Sofia, in front of a portrait of Soviet communist leader Joseph Stalin, on October 4th, 2014. Stamatov is wearing a red tie, symbolic of what was once called a "pionerche" (pioneer,) or a Bulgarian student expected to serve the country and Communist party.