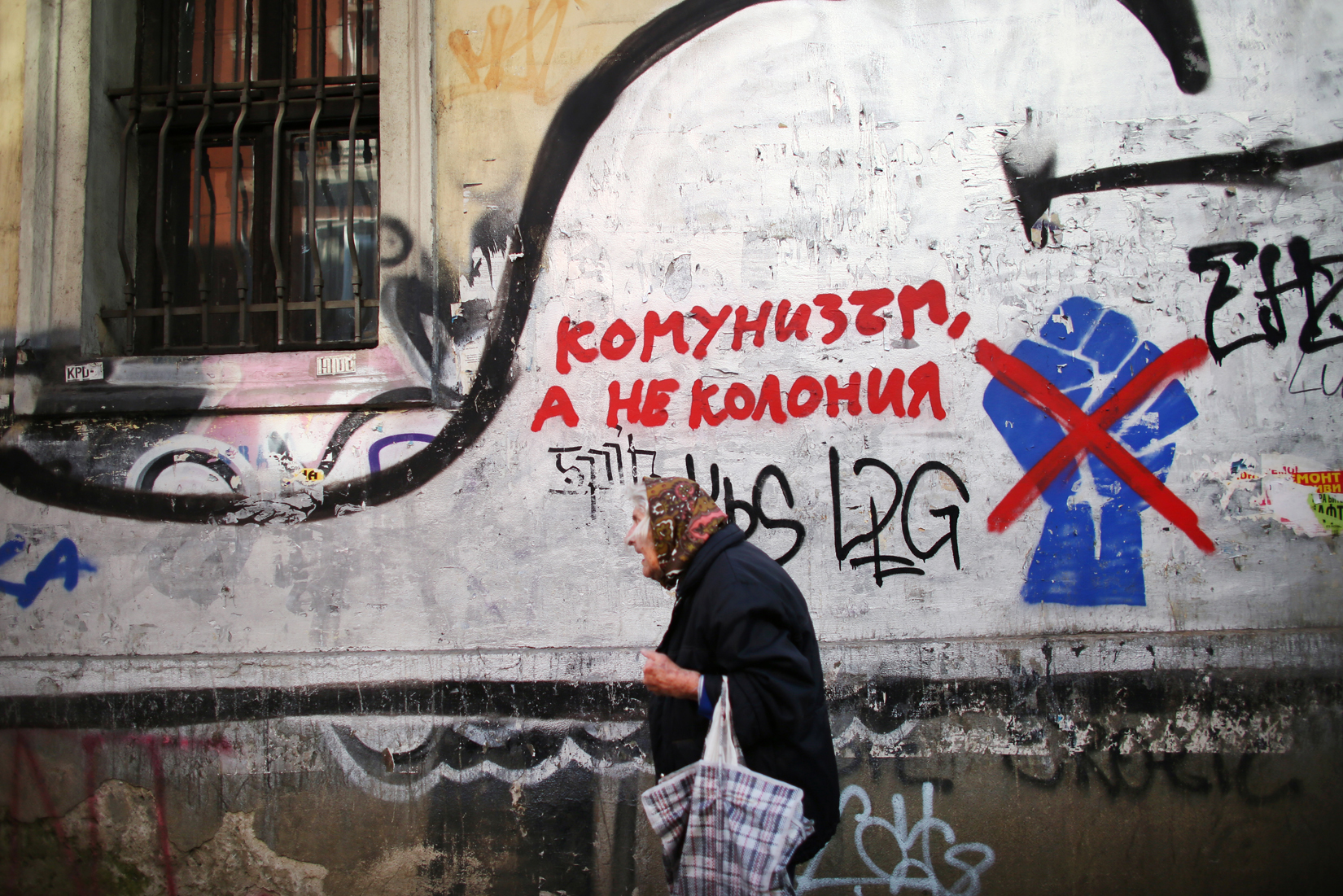 A woman walks by graffiti of the fist that came to symbolize civic protests against political corruption in 2013, seen in Bulgaria's capital Sofia, on October 4th, 2014. The fist has been crossed off by a second layer of graffiti, with an adjacent sign that reads, "Communism, but not a Colony," in likely reference to what some political parties decry as Westernization of interests in the country.

Bulgaria is still one of the poorest, most corrupt nations in the European Union, its post-1989 hopes wilted by political corruption, high crime rates and skyrocketing inflation. The ennui etches a permanent path across the average passerby's face, against a backdrop of rotting architecture, joblessness, and a vast population decline.