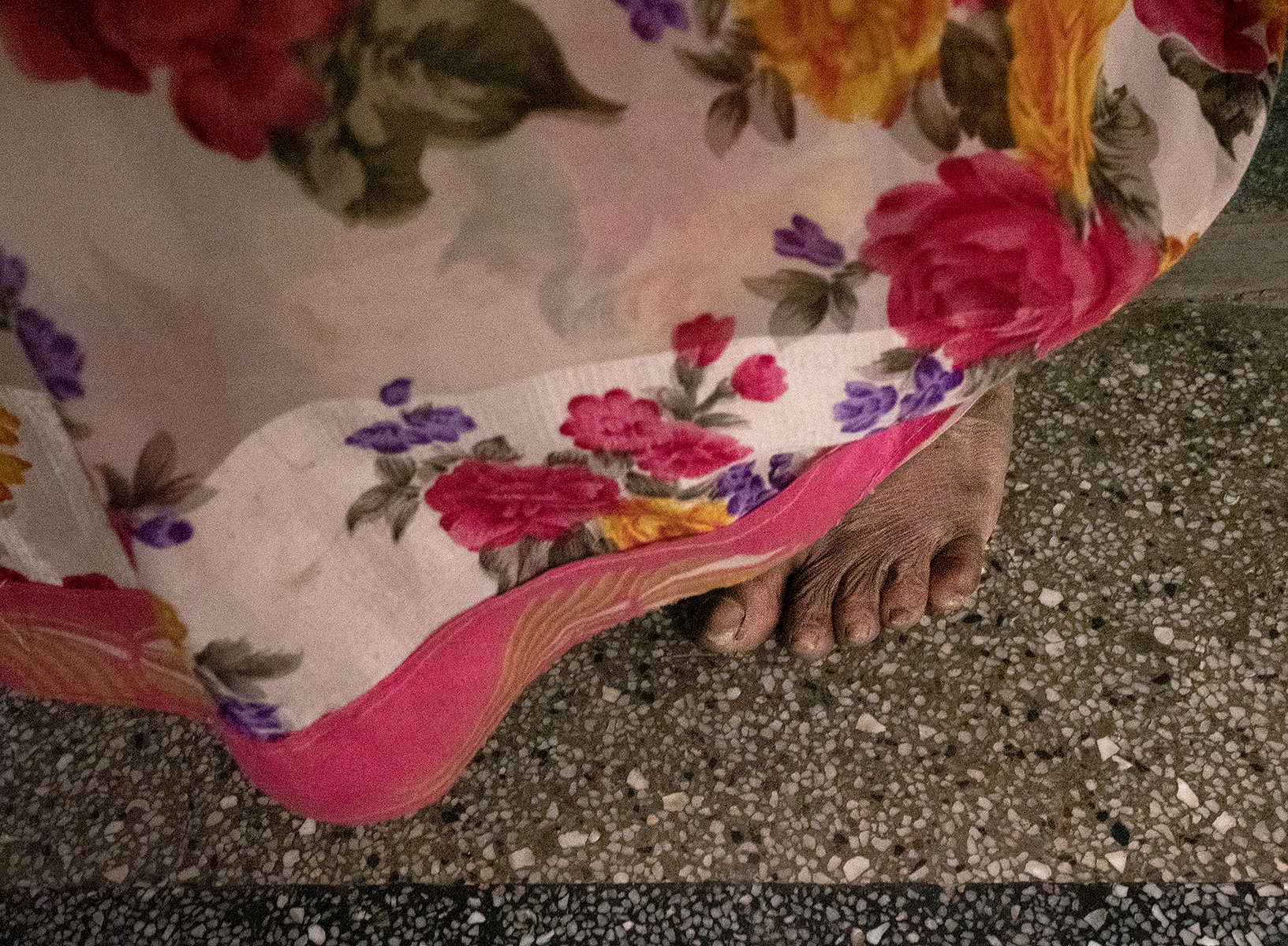 Shakuntala Devi, who estimates her age to be 70 years old, at Birla ashram in Varanasi, India on January 05, 2019. She wears color despite the expectation of widows to don only white.

Shakuntala is originally from Varanasi, married in Agra and returned in 2005, some time after her husband passed away and her daughter got married (who still visits her.) She had a photo of her husband but got rid of it as she didn't want to hold on to any memories - she says she believes that what's left behind should be left behind. On widows' garb, she says it should be their choice to wear whatever color they want, not just the traditional white, meant to symbolize death and asexuality. She uses the 2,000 rupee a month pension that she receives from Sulabh International for her expenses.

"The winter has been cold this year and I used 900 rupees to buy a blanket. Sometimes when I am left with no money, I take help from my daughter, even though she doesn't have any money as her husband doesn't have a regular job. The good thing is that I don't have to do any work now as my body doesn't allow me to work anymore."