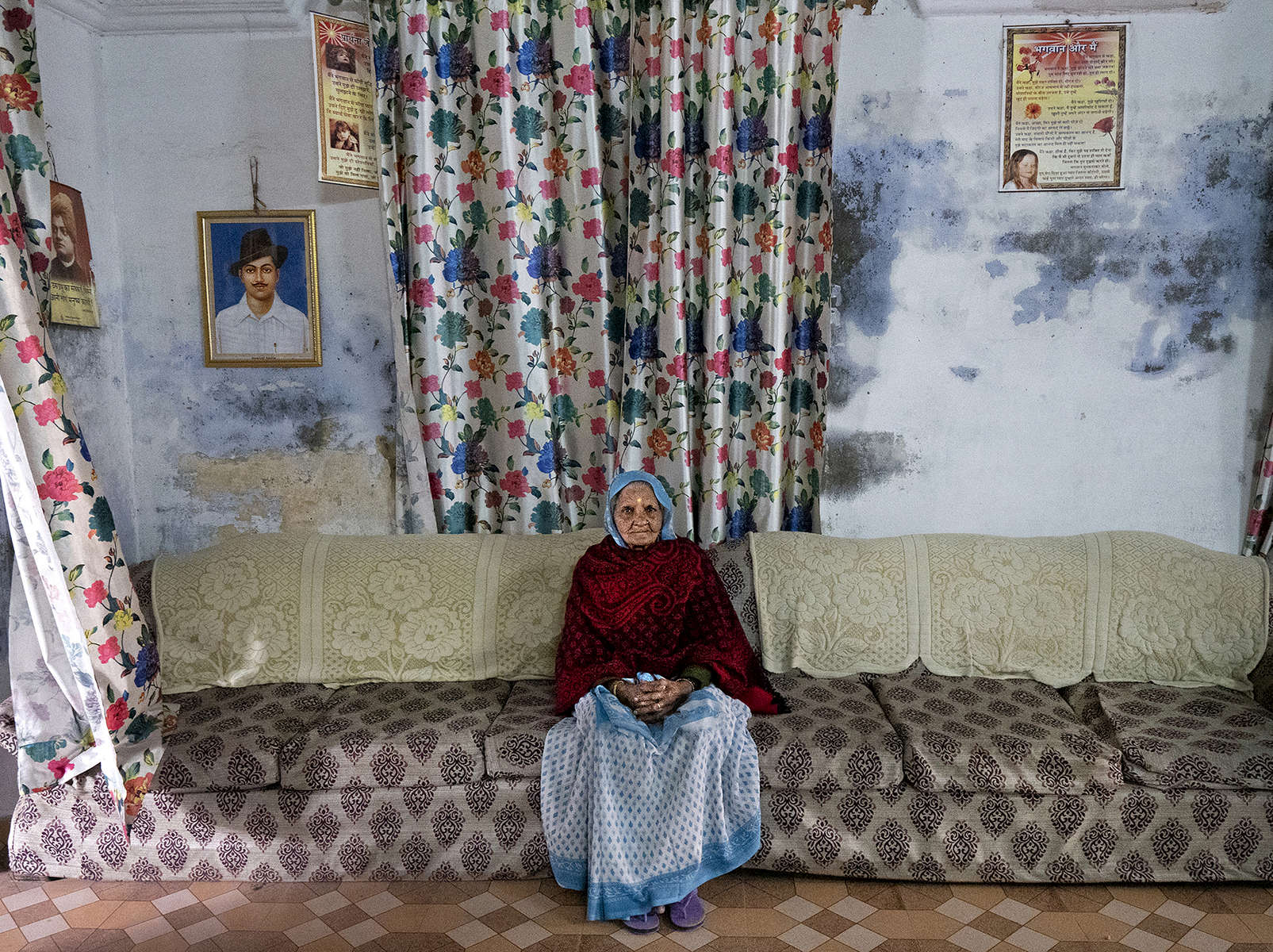 Nanki Mata, a widow who estimates she is 75 years old, poses for a portrait in the Durga Kund Help Line ashram in Varanasi, India on January 08, 2019. Nanki says she has spent two years in this ashram, after her husband was thrown in prison for getting in a fight, and passed away from injuries to his body. Her daughter got married, so no one looked after her - then the daughter died as well. She has two other children, but didn't want to go her son's or her other daughter's in-laws because she says that's not how tradition works here. She is left with no contact with her relatives, nor was she aware that she had legal rights on her property, so whatever little her husband had, was taken away by his brothers. "My husband is not here, how would I fight?" she says.