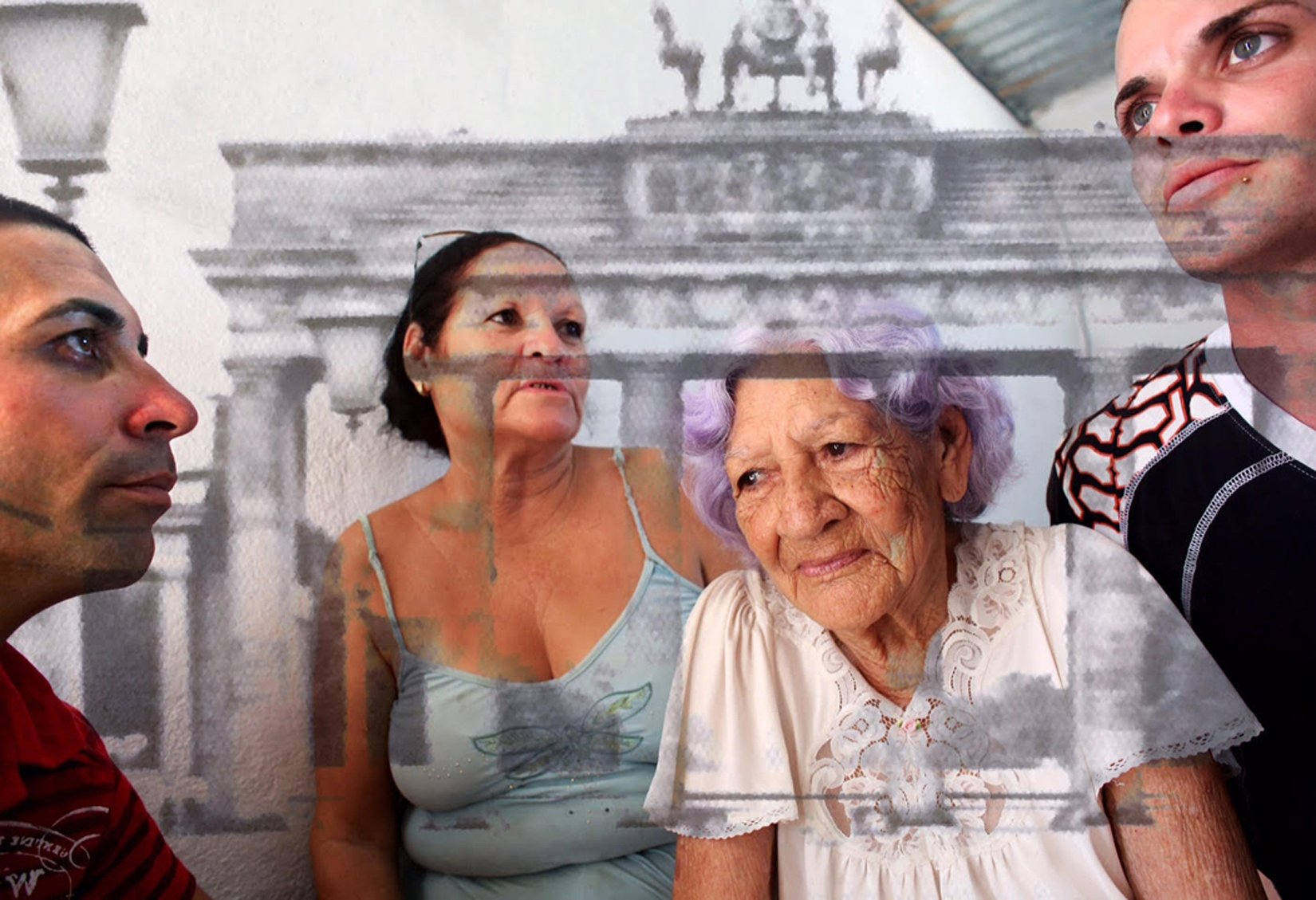 This is the Cuban family (sister, nephews, and 93-year-old mother) of a man who fled from Cuba to Florida during the Mariel Boatlift of 1980. The four have been separated from their uncle, son and brother for 35 years. It is blended with a faraway view of the Brandenburg Gate, as close as you could get from East Berlin before the fall of the Berlin Wall — photographed during one of few vacations my grandparents and father were allowed to take in the Communist years. International travel was limited to pre-approved countries within the Eastern Bloc, while Western nations were only accessible via coveted government approval. The merging of these images speaks to both the need for and trauma of immigration.