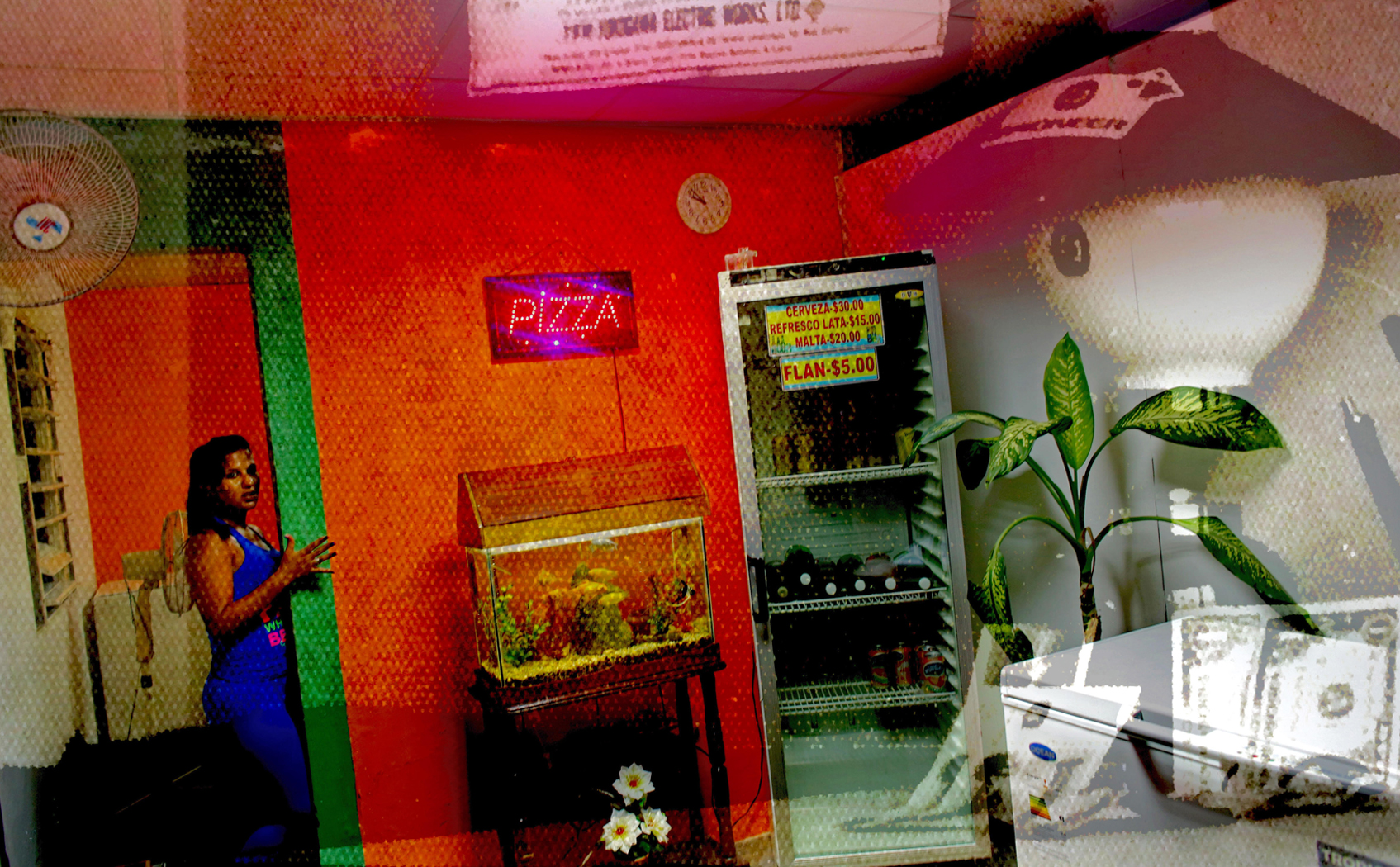 Bulgarians' longing to see lands beyond their closed borders festered in a social and economic vacuum during the Communist years. In the corner are a few American dollars on a desk at my parents' college apartment, on a street then bearing the name The Red Rose (a symbol of both the Communist revolution, and Bulgaria’s most famed export.) A Sofia store called Korekom that offered a rare glimpse of Western goods — cosmetics, technology, toys, candy, alcohol, cigarettes and magazines otherwise absent from Bulgaria's isolated market — motivated a strong black market demand for the U.S. dollar. Possession of it without government permission, however, left one open to government investigation, a marked dossier that sharply diminished employment opportunities, and worse, imprisonment in a forced labor camp. The foreground shows a girl in Mariel, Cuba, taking orders in a late-night pizza joint recalling American nostalgia, playing mostly U.S. music from the 1980s and 1990s.