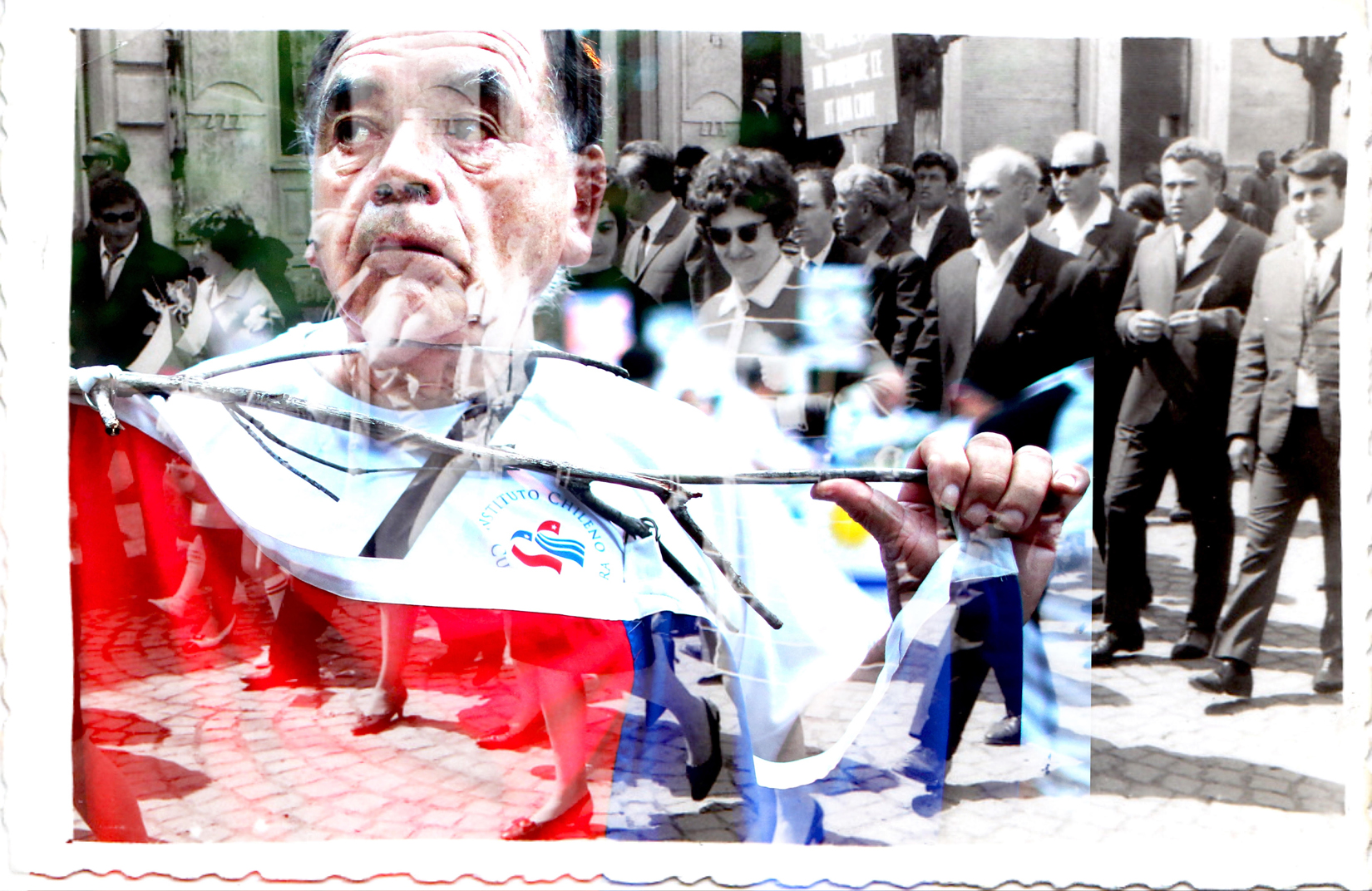 My grandmother (center) and grandfather (second from right) walk alongside coworkers during the annual Labor Day march in Bulgaria in the 1970s. In the color photo, a man marching during during the 1st of May Labor Day March in Havana, Cuba, holds onto a makeshift Chilean flag. This day, simply labeled Día del Trabajo (Labor Day,) is a call for people of all nations to show support for socialist reform — and in Cuba, for the Cuban Revolution. But in Cuba, as in pre-1989 Bulgaria, while attendance is not mandatory, absences from these marches are frequently noted, discouraged, and often followed with punitive measures (social and professional.)