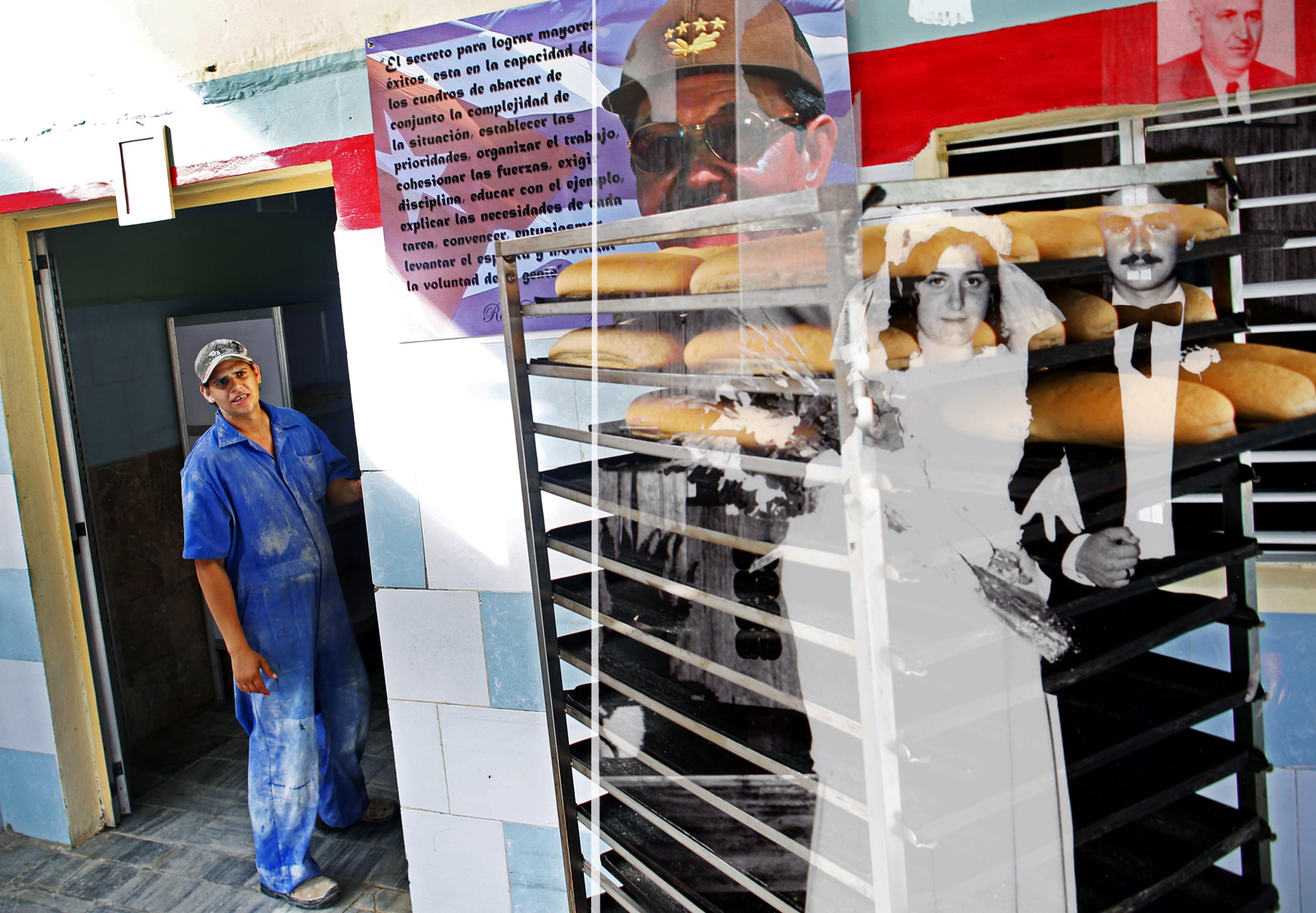 A bakery features a portrait of Cuba president Raúl Castro in the port city of Mariel, Cuba -- and a married couple poses for a picture under a portrait of former Bulgarian Communist dictator Todor Zhivkov. Zhivkov was the Totalitarian head of state of the People's Republic of Bulgaria from March 4, 1954 until the day after the fall of the Berlin Wall, November 10, 1989, when he resigned under political pressure over the country's worsening economy, human rights repression, and public unrest.