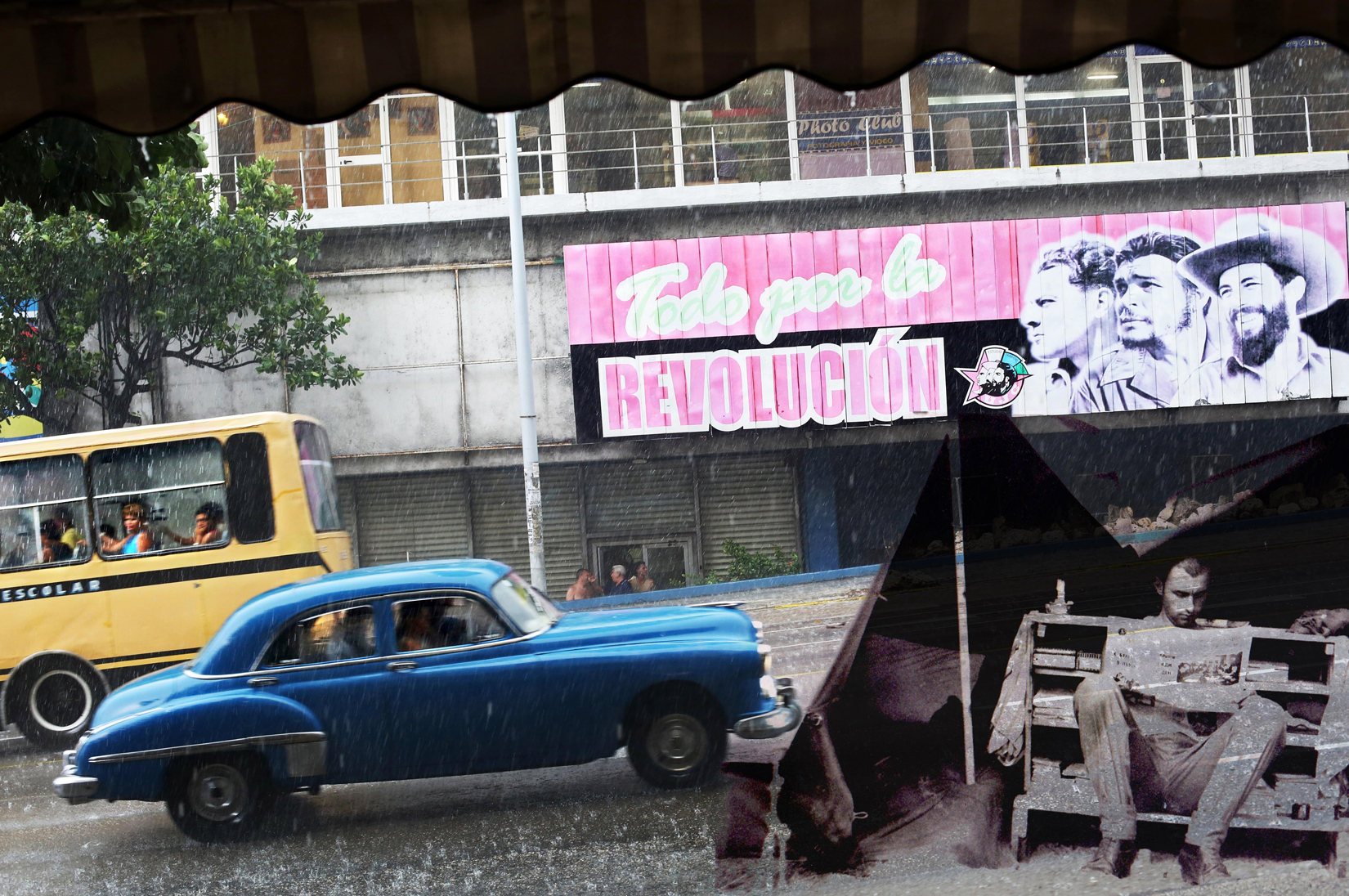 Propaganda fills the space that lack of advertising leaves on this Havana street: a sign for the Young Communist League, reading "Everything for the Revolution" stretches across a billboard next to the organization's motto "Estudio, Trabajo, Fusil" ("Study, Work, Rifle") and the likes of Cuban revolutionaries Julio Antonio Mella, Che Guevara and Camilo Cienfuegos. While membership to the organization is described as voluntary — and selective, based on a clean record of pro-government only views — belonging to it is highly encouraged for any social and professional success. In the corner is a photo of my father reading a government-controlled newspaper titled “National Youth,” which, like all newspapers in pre-1989 Bulgaria, selectively reported news skewed in tone by Communist propagandist measures.