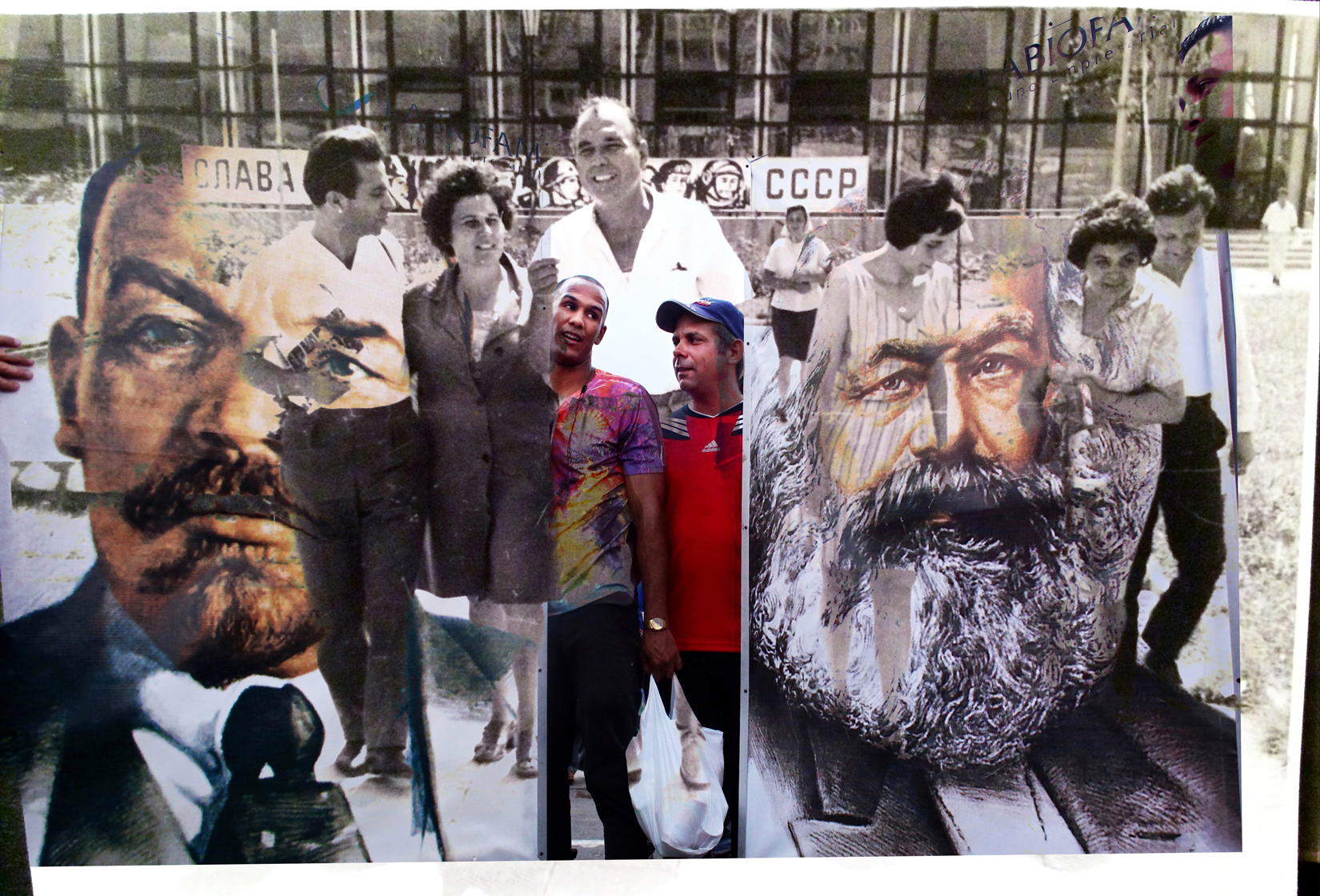 My grandfather (center,) seen walking with Romanian and Bulgarian colleagues in Bulgaria in the 1970s as part of a mandatory work function. The banner in the background reads “Glory to the USSR.” And in Cuba, participants in the First of May Labor Day parade hold posters of Russian Communist leader Vladimir Lenin and German Communist revolutionary Karl Marx. This day, simply labeled Día del Trabajo (Labor Day,) is a call for people of all nations to show support for socialist reform — and in Cuba, for the Cuban Revolution. But in Cuba, as in pre-1989 Bulgaria, while attendance is not mandatory, absences from these marches are frequently noted, discouraged, and often followed with punitive measures (social and professional.)