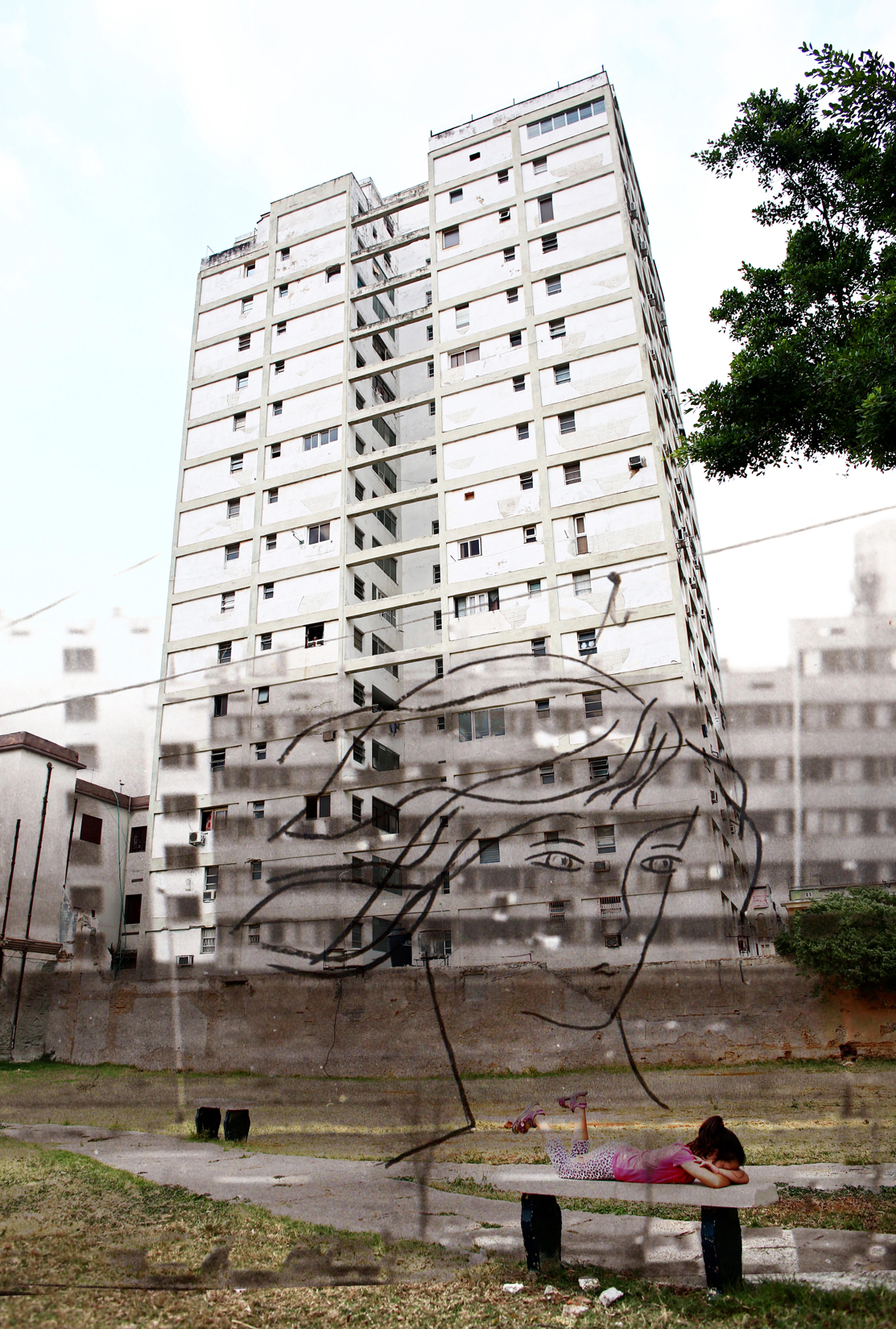 A sketch of a woman’s face decorates the view from my parents' college apartment in Sofia, Bulgaria, toward ubiquitous and poorly maintained Soviet-style blocks, on a street that was then named The Red Rose — this, overlapped with similar Soviet-influenced architecture from the Vedado neighborhood of Havana, Cuba. Statistics label 7 out of every 10 Cuban houses in need of major repairs, with the province surrounding the capital requiring approximately 300,000 more inhabitable properties. Infrastructural decay increased especially after the collapse of Communism and the end of Soviet subsidies to both nations.