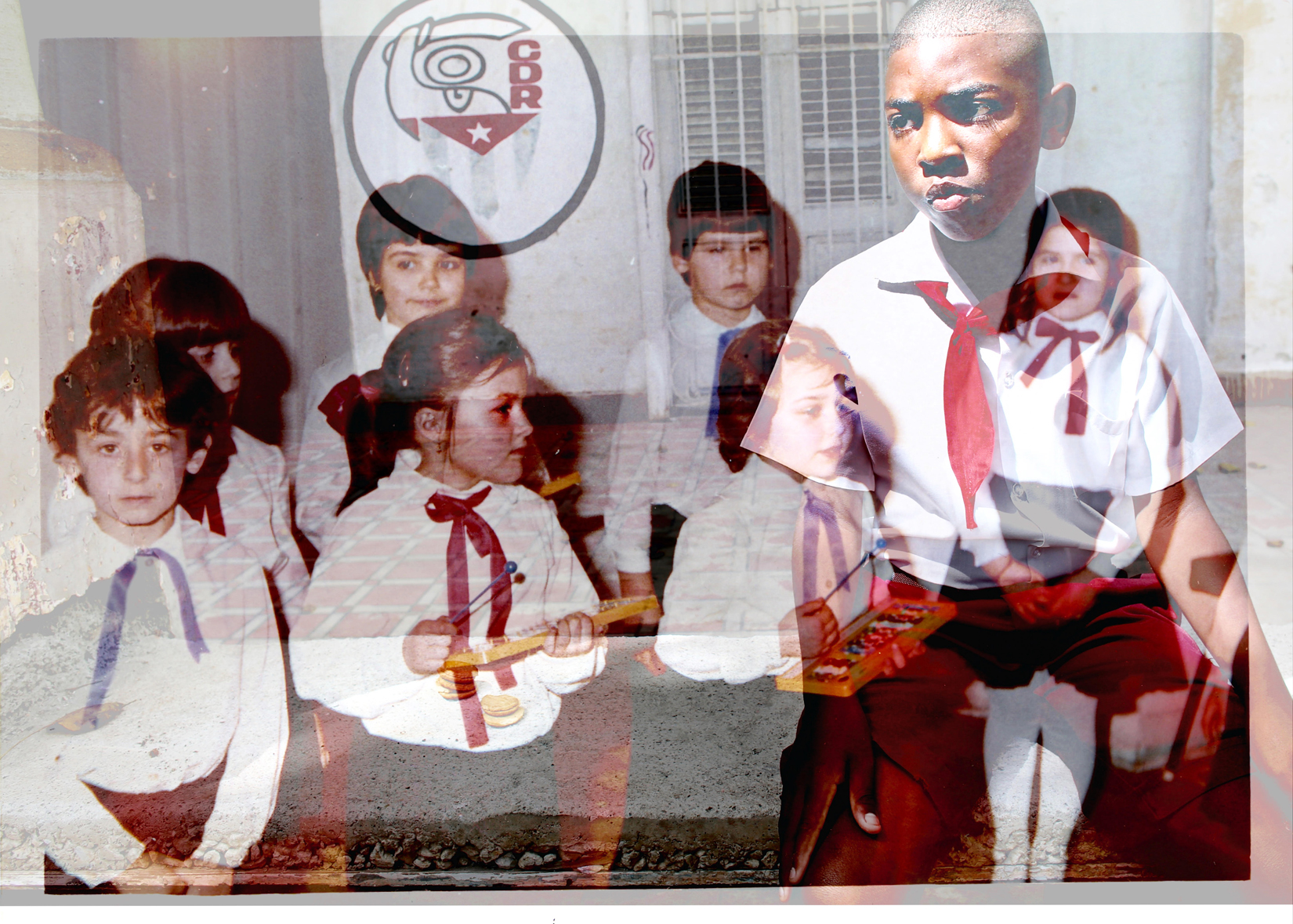 Second from left is a young me of the 1980s, wearing the Communist youth uniform mandatory for all school activities, and a young Cuban student wearing the same in front of an office for the CDR (Committee for the Defense of the Revolution.) The CDR is a network of neighborhood watch organizations peppered across Cuba, that report on any activity they deem counter-revolutionary or a threat to Communist rule. My grandfather spent 5 years of his youth in a Communist labor camp after one such organization noted his lack of participation in the party. Elementary schoolchildren in many Communist countries wear scarves as part of the uniform of the children’s Communist youth: blue or red, depending on their age.