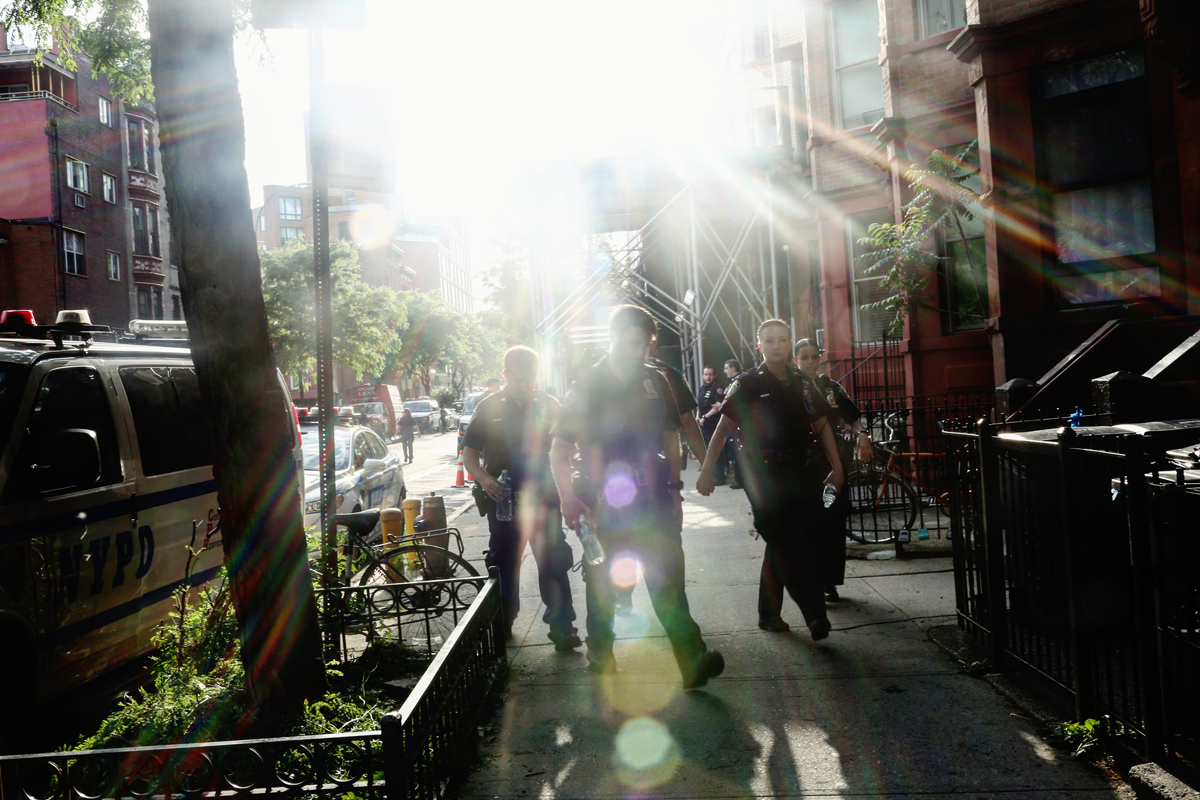 A small group from hundreds of NYPD officers circle protesters against police violence at Barclays Center in Brooklyn, New York, on June 06, 2020. Peaceful demonstrations, which elicited teargassing, rubber bullets and mass arrests by police, spread throughout the country and the world in response to the death of George Floyd, an African-American man who Minneapolis police killed via extensive neck and back compression during an arrest at the end of May.